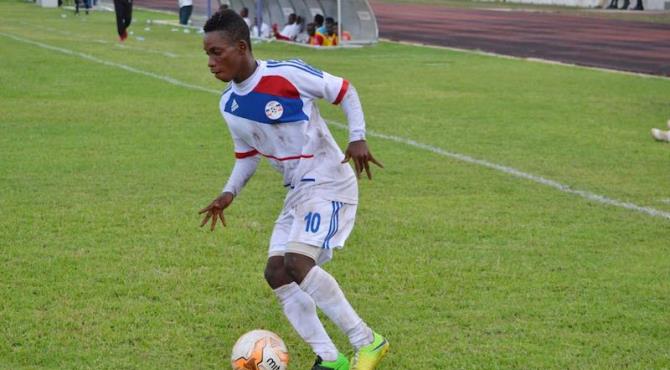 Latif who was recently voted the Most Valuable Player of the Ghana Premier League confirmed to Ghanasoccernet.com that he will be flying to South Africa on Friday to complete a medical with PSL side Ajax Cape town.

But the sumptuous news trickling in from the U.S indicate that the skillful forward will end up in the MLS..

The report added that an initial two-year deal, plus an option for a 3rd is to be the proposal on the table for Latif Blessing from the MLS side.

Sporting KC are one of the biggest clubs in the MLS and are coached by former US international Peter Vermes who led the club to their first MLS cup win in 2013 against Real Salt Lake.

Sporting KC’s squad boasts of two experienced US internationals in Graham Zusi and Matt Besler who both featured when the USA beat Ghana 2-1 at the 2014 World Cup. The team also has Ghanaian Emmanuel Appiah who could make adapting to life in America easier for Blessing.

The MLS is home to a number of Ghanaian players including the Harrison Afful, David Accam, Dominic Oduro and Kojo Poku.