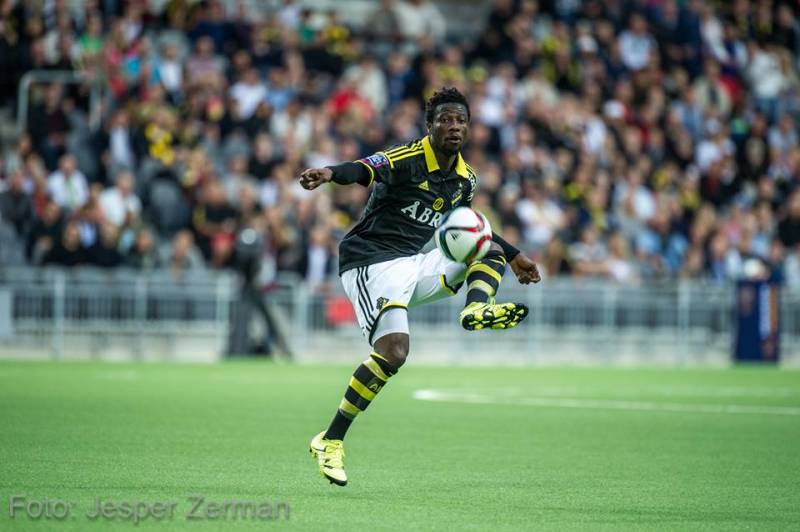 AIK midfielder Ebenezer Ofori succeeded in turning down an offer from Israeli side Maccabi Haifa but could be on his way out of Sweden as many suitors including MLS sides New York City FC and LA Galaxy line up for his signature.

Reports in Sweden have indicated that the two American clubs have intensified their desire to have the player with AIK given them the go-ahead to hold talks with the player.

A close source to the player has revealed that the player is yet to open talks with any club putting all on standby until the 2017 AFCON is over.

Ofori, 23, has been a target for a number of clubs with the Israeli giants tabling an offer which was accepted by AIK but the player declined moving to Israel.

A club source say both LA Galaxy and New York City have contacted AIK but Galaxy appear more likely to land the player as their offer looks mouthwatering.

Ofori has been very impressive for AIK for the past two seasons, guiding them to second spot in the 2014/15 season, a season he was voted the best midfielder in Sweden as well as making into the Allsvenskan Team of the Season last year.

The former New Edubiase defender who is now a holding midfielder will add a lot to any team that succeeds in grabbing him as he also plays as a left winger.

He is one of the debutantes to play for the Black Stars at the 2017 Afcon in Gabon which starts in two days.