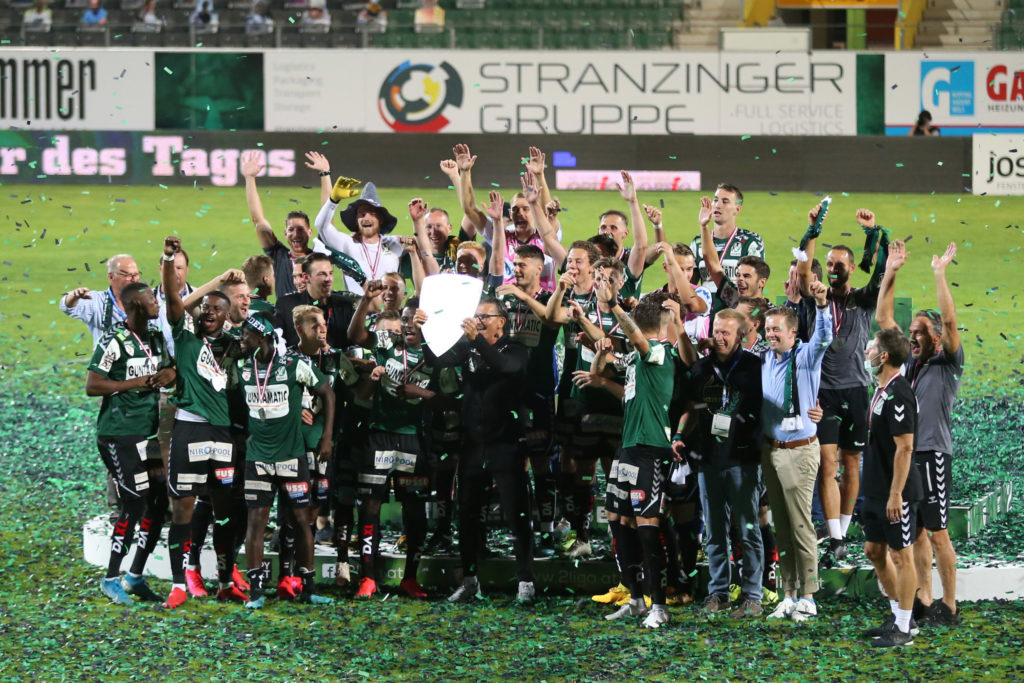 Ghanaian duo Reuben Acquah and Kennedy Boateng have secured Austrian Bundesliga promotion with SV Ried after a colossal victory on the final day of the Erste Liga.

Ried thrashed Floridsdorfer AC 9-0 to earn promotion back to the topflight for the first time since suffering demotion in the 2016/17 season.

Defender Kennedy Boateng, who's return from a long term injury was vital at the tail end of the season, played 86 minutes of the game before he was replaced by Patrick Obermuller.

Meanwhile, midfielder Reuben Acquah missed the game through suspension, but played a significant role as the team reclaimed top spot in the final weeks of the campaign.

Acquah played 23 times for the club with Kennedy Boateng playing 21 times in the just ended campaign.

Julian Wiessmeier scored twice in in the first six minutes to get the home side in their strides, before Marco Gruell and Bernd Gschweidl ensured Ried were on a demolishing course.

Wiessmeier completed a first half hat-trick with a fine strike in the 32th minute.

With SV Ried 5-0 up before half time, promotion was all but secured.

However, that wasn't enough as Stefan Nutz, Marco Gruell, Jefte Bentacor and Valentin Grubeck added four more goals top complete the mauling and ensuring it was an emphatic return by the Northern Austrian club.