When names of heroes in SV Ried's Austrian Bundesliga promotion are mentioned, it will be hard to hear the name of Ghanaian midfield beast Reuben Acquah, but his role in the team can not be underestimated.

Jefté Betancor Sánchez, Marco Grull and Stefan Nutz might get the raves in the media, the fans will clamour to their these names and even sing songs of glory praising the producers and makers of goals for the club.

But the main engine, architect and dirty worker in the team was Reuben Acquah.

Acquah, 23, who joined Ried from LASK last summer began his career with Ghana Premier League outfit Liberty Professionals. His journey to European football has not been a smooth ride at all, but his qualities a player was always brought to bear with any opportunity he gets.

Joined KV Mechelen from the Dansoman based outfit in 2016, however, between a space of four years the midfield dynamo has been to Albania, Slovakia and now Austria, where he has settled. 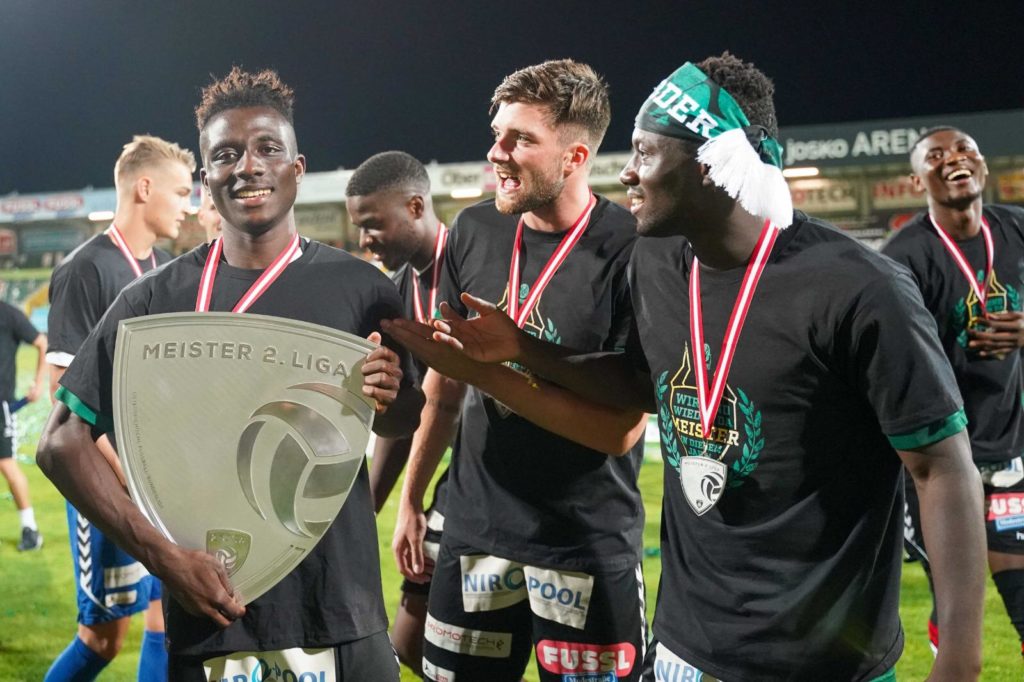 Acquah missed last night's 9-0 thrashing of Floridsdorfer AC due to suspension, but it was his brilliant displays in games against main rivals Austria Klagenfurt (1-1), Steyr (1-0) win, Horn (3-2) win and Lestenau (1-0) win that made the difference.

In each of these games, the former Ghana youth international produced solid defensive performance to ensure his dream of helping return achieve promotion came true.

"This qualification means a lot to me, because working without goals is like planting a huge tree which doesn’t produce fruit. And this was the goal I set for myself and it has come true," he told GHANASoccernet.com.

Reuben Acquah made 23 appearances in the just ended campaign, provided an assist which is very uncommon with players in his position.

With qualification to the top tier in the bag, the influential midfielder is yearning for topflight football, and Ried will do all they can to keep their most post asset.

An ambitious Acquah is confident of producing more superlative performances at the top level against the likes of Red Bull Slazburg and former club LASK.

"For now it will be difficult to open up on this topic because I don't know who is staying or going, and if we are to keep this same team in the high league then i think fire will happen over there,"a smiling Acquad added. 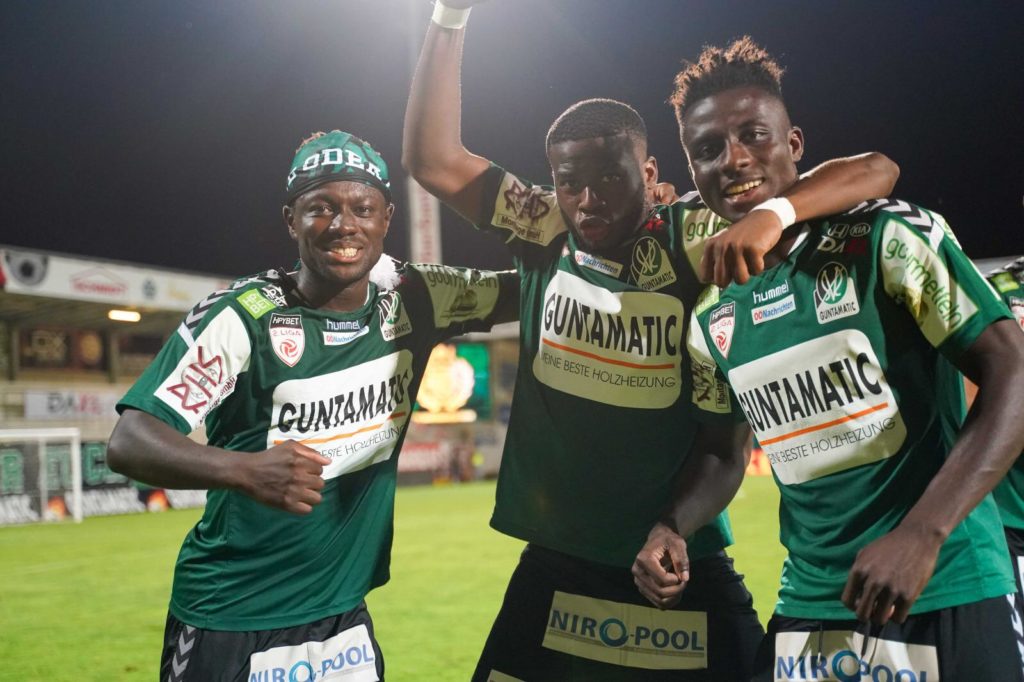 His explosive displays in the Erste Liga has aroused interests from clubs outside Austria, but the 23-year old is not in a rush to leave Ried.

However, he admits to taking up new challenges, in newer environments.

"For sure I will love to meet new challenges because football is about creativity and creativity cant be done in one country. You have to let the world know that you can create in everywhere," admits Acquah.

"What i know is, in my book of football I believe only when am on the pitch playing because football is questions and answers. And I believe in creativity," he continued. "To play for some of the known teams in the world," a driven Acquah added.

But if the season is anything to go by, the bulldozing midfielder should be courting the interest of national team coach C.K Akonnor.

And if behind every successful man is a woman, then behind SV Ried's promotion was Reuben Acquah.