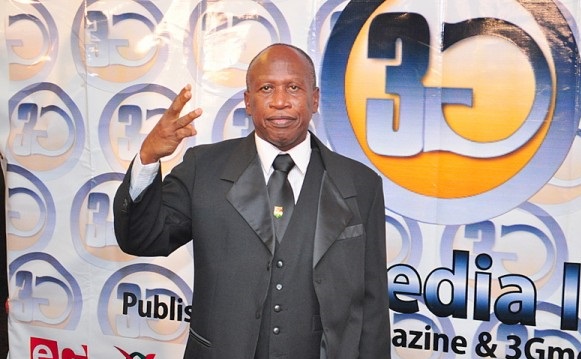 Former Ghana international Rev Osei Kofi says the country's 38-year wait for an Africa Cup of Nations will be prolonged if he is not assuaged over his spat with the Professional Football Association of Ghana (PFAG) is not addressed.

In a fiery interview,  the former Black Stars winger said Sammy Osei Kuffuor will face an early grave if the latter continues to disrespect elderly players who played for Ghana in the 1960s.

The former footballer, who is now a pastor in the church, has been at loggerheads with the PFAG since they launched about ten years ago to cater for the welfare of players in the country.

This comes just two days after another former international Mohammed Polo attacked the PFAG claiming Kuffuor, a member of the erstwhile Normalisation Committee conspired to deny them voting rights at the recent Ghana FA presidential election.

While the PFAG is the only internationally recognised players' union in the country,  some of the older players think that their activities have been overshadowed by the work of the union.

Osei Kofi, who won the Africa Cup of Nations two times, has now joined in by cursing the fortunes of the national team of Ghana if the authorities don't intervene to solve the problem.

Ghana has not the title since 1982 in Libya and Kofi predicts a longer wait for the title for Ghana if the right people in authority don't help to solve the problem.

“With what they’ve done, the authorities should look into it and settle things or else Ghana’s 38 years wait for an AFCON trophy will be prolonged,” Osei Kofi said.

The church priest extended his tirade to former Bayern Munich star Kuffuor accusing him of being the mastermind of isolating players who played in the 60s and 70s implying he could suffer an early death for disrespecting elders.

“Osei Kuffour cannot compare to us in any way. Afterall the four cups (AFCON titles) that Ghana has won, we have won some, how many has he won,” Osei Kofi barked.

“What he did is very bad and disrespectful. The Bible even tells us to honour your father and mother so your days may be prolonged on earth and it shall be well with you.

“Of late, we have several young men dying and you see posters telling a story of what a shock, gone too soon, they should be mindful of how they talk. It's not everyone that you show disrespect towards.”