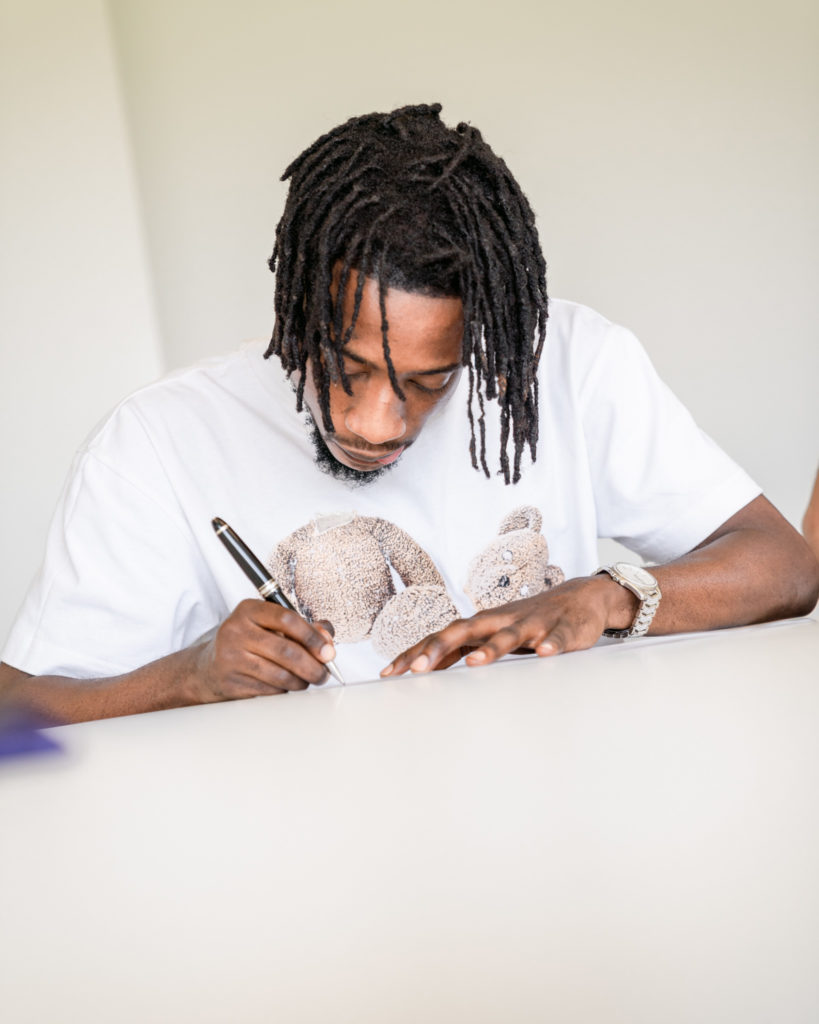 Anderlecht will pay €2.5m euros upfront for the former WAFA man with the deal rising up to €3m euros based on additional clauses in the contract, largely performance-wise.

Majeed had initially joined Anderlecht in the January transfer window on loan from Austria side FC Red Bull Salzburg and his performance was passable enough to earn him a permanent switch.

The club said the 23 year-old “convince the technical staff of his qualities during his loan spell, and also felt at home at Sporting himself”.

He will play with the number 18 shirt, predominantly in the attacking midfield role as the Belgian giants seek to strengthen their squad for the impending 2021/22 football season.

Majeed’s move to the Purple & White club in Belgium is his first move on a permanent basis in Europe after departing Ghana Premier League side West Africa Football Academy (WAFA) for Salzburg, having gone on loan spells at SC Lustenau, St. Gallen, and Wolfsberger AC.

After featuring impressively in 12 games and scoring twice as a midfielder, Anderlecht knew they had to wrap up the deal quickly given the quality exhibited by the playmaker.

The Sporting Director of RSC Anderlecht, Peter Verbeke said, “Despite a difficult integration due to Covid and an injury, Majeed has shown in his best moments what he can teach us.

He has an excellent vista and passing, coupled with speed and infiltration ability, interesting qualities to give our midfield a little extra bring the following seasons." Anderlecht will engage in a friendly match against STVV on June, 25 before battling with Eredivisie side Ajax on July, 16 in order to prepare adequately for the Belgian First Division season.

The domestic league starts on July, 23rd and two days later, Majeed Ashimeru will be hoping for a starting spot when his side begin their campaign with a home match against Union Saint-Gilloise at the Lotto Park.