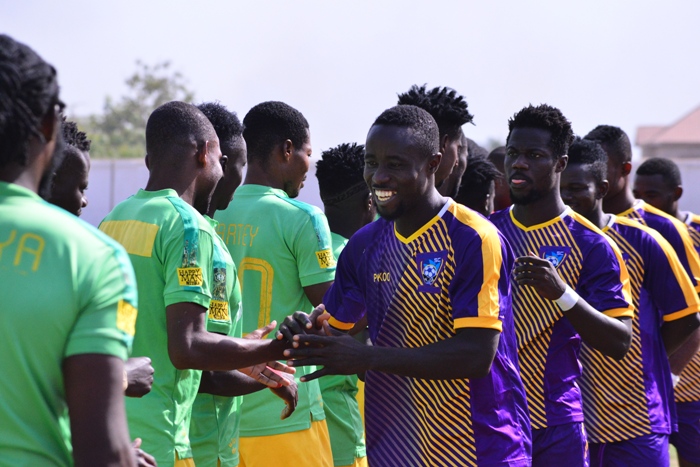 Aduana Stars players engaged in a serious dressing room row over a $1000 gift to the team after the side's 0-0 draw against Hearts of Oak at home on Sunday,  GHANAsoccernet.com Headquarters has been told.

Captain Elvis Opoku engaged in a near fisticuffs with striker Yahaya Mohammed after accusing the player of unilaterally hijacking the cash gift meant for the entire team.

The skipper lost his temper after confronting the striker of the cash gift, which sparked spontaneous reaction from the former Amidaus Professionals and Asante Kotoko versatile man, top sources have told Ghana's leading football website, GHANAsoccernet.com.

The club owner Nana Agyemang Badu II is reported to have dashed the players approximately $1000 (GHc 5,000) after the team's hard-fought 1-0 win over Medeama last week.

But the whereabouts of the money has sparked outrage after the cash went missing, it has been claimed.

Striker Yahaya Mohammed is being accused of withholding the money as a personal gift from the club owner.

But his colleagues will have none of the explanations, insisting the money was aimed for the entire playing body.

The situation according to sources, has brought massive disquiet and could prove counter-productive in their quest to clinch the Premier League crown for the third time.

The players turned against the club's leading scorer and nearly escalated into a physical fight in the dressing room after the side's barren draw against the Phobians at home.

There are fears if the situation is not resolved, it could lead to player revolt and affect the side's rather impressive campaign in the Ghanaian top-flight so far.

The Fire club are first on the table with 17 points from 9 games.