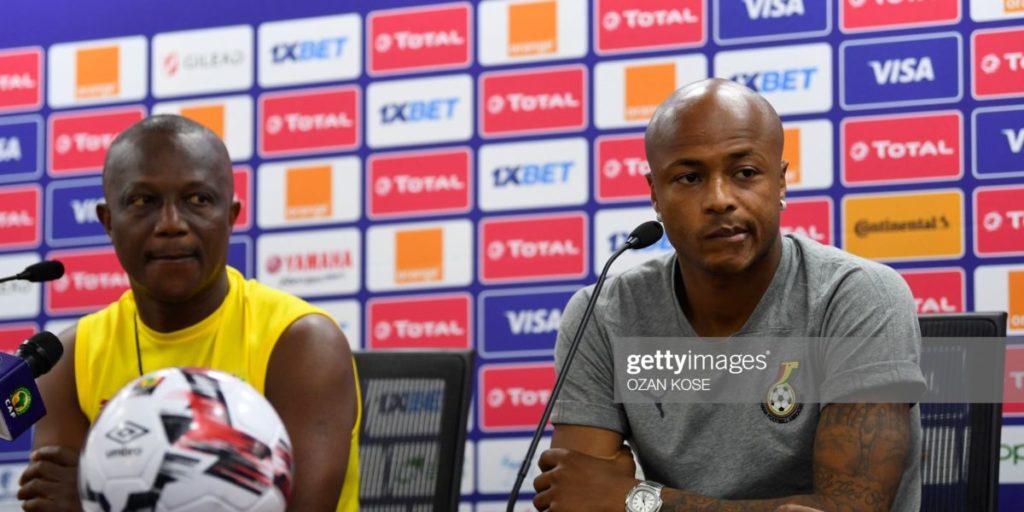 Ghana's midfielder Andre Ayew (R) and Ghana's coach James Kwesi Appiah (C) attends a presser at the Ismailia Stadium, on June 24, 2019, on the eve of the 2019 Africa Cup of Nations (CAN) football match between Ghana and Benin. (Photo by OZAN KOSE / AFP) (Photo credit should read OZAN KOSE/AFP/Getty Images)

Andre Ayew has revealed that he spoke to Black Stars head coach Kwesi Appiah before pledging his future to Swansea.

The 29-year-old, who captained Ghana at Africa Cup of Nations tournament in Egypt, had several offers to leave the Championship club but decided to stay.

According to Ayew, he was assured that playing Championship football would not affect his international involvement.

"He said: 'It's a very good league and if that's your decision I am okay as long as you are fit and you do what you have always done with the national team'," Ayew explains in an interview with BBC.

"That was important because the national team is very, very important for me.

"I have always represented my country with a lot of honour and a lot of pride. I am very proud of where I am from and of what any Ghanaian is doing. We have always tried to raise the flag really high."

Ayew returned to Swansea for a third spell after a season-long loan move to Turkish club Fenerbahce.

He first joined Swansea when his Marseille contract expired in 2015.

His signing looked a coup for the then Premier League club, and a return of 12 goals in Ayew's maiden campaign led to a £20.5m move to West Ham the following summer.

Ayew rejoined Swansea for a club-record £18m fee in January 2018 but could not save Carlos Carvalhal's team from Premier League relegation come spring.