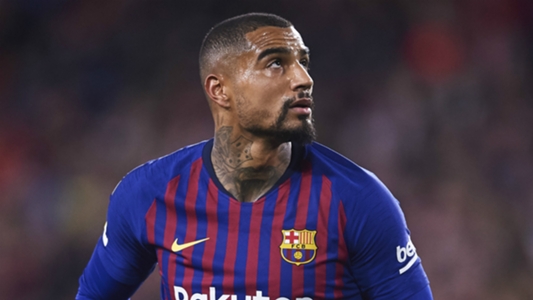 Spanish giants FC Barcelona are reported to have rued their mistake of choosing Kevin-Prince Boateng over Erling Braut Haaland during their pursuit of a replacement for Luis Suárez last year January.

This time last year, Barcelona were looking to the January transfer window to find a back-up for the injured Luis Suárez, with the side not wanting to pay over the odds but needed a player who could fill in the gap left by the Uruguayan and lend a hand in the Copa del Rey and the odd league games.

At that point, Haaland was catching the eye and scoring goals at Molde in Norway, but the Blaugrana  decided he would be too unpolished, opting instead for Prince Boateng from Italian side US Sassuolo, after his return of five goals in 15 games.

The Catalan club felt the Norwegian striker's rawness would prevent him from hitting the ground running in LaLiga hence opted for experience instead.

To say the decision turned out to be the wrong one would be an understatement and during Boateng's loan at the club the 31-year-old barely played and looked out of his depth, whereas Haaland moved to Salzburg and has gone from strength to strength to become one of the most sought-after strikers in Europe, earning him a recent move to Borussia Dortmund.

Boateng himself has since moved from Sassuolo to fellow Italian club Fiorentina.

The Ghana forward is however yet to blossom for the Viola — making 13 league appearances and scoring one goal.