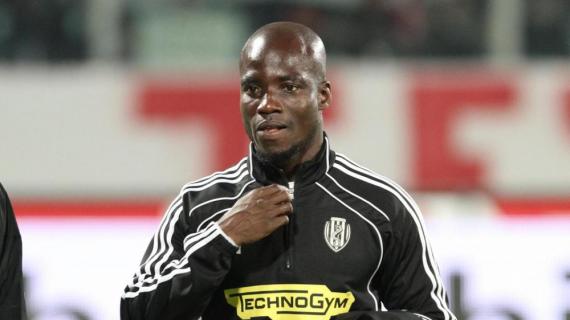 Legendary Italian coach Alberto Zaccheroni has opened up on how he landed ex-Ghana captain Stephen Appiah at Udinese.

Appiah, who began his career at Ghanaian giants Hearts of Oak, had trials with Galatasaray's youth squad in 1996 but was not signed and he returned to his parent club.

A year later, the now 39-year-old midfielder tried his luck once again abroad with Italian side Udinese, where he landed a deal at the club, initially playing as a striker.

However, things were not rosy for the former Ghana international during his trial with the Zebrette as he was close to returning to Ghana before then coach Zaccheroni intervened at the last hour.

Zaccheroni, who is now retired from coaching, has revealed how Appiah was signed at Udinese during a long interview with tuttoudinese.it.

"I needed players for a summer friendly as both the Primavera and Allievi were at that moment in a youth tournament," he said.

"The management then told me about this sixteen-year-old boy who was about to finish his trial and was almost leaving.

''He was held back one more day in order to be able to show me what he could do. Because he didn't speak Italian, I used Gargo [Mohammed] to communicate with him and I discovered that he wasn't a striker but rather a playmaker."

"In the last half hour of the match, a midfield enforcement was needed so I brought Stephen in to make up for the absence of alternatives. His first touch was sumptuous, with a precise opening on the opposite strip. Stephen laid on a wonderful pass from midfield to Amoroso [Márcio] who only had the goalkeeper to beat.

"Finally, a long-range drive from Stephen made the goal post trembled. And you know, not many other things are needed to convince coaches so I told Udinese that the boy must stay," Zaccheroni deduced.

Over the past twenty-five years, Udinese have distinguished themselves as a club capable of finding hidden talents around the world, making them grow and mature, and then to sell them for mouth-watering figures.

Appiah became an instrumental figure at the Stadio Friuli during his three-year stay with the club, making 36 appearances.

A transfer to Parma in 1999 was jeopardized by viral hepatitis, but Appiah overcame the illness to move there in the summer of 2000.

After two seasons at Parma, Appiah went on loan to Brescia for the 2002–03 season. He became a first-team regular for the Lombardians, and scored seven times in 31 games.

Appiah's success at Parma alerted defending Serie A champions Juventus to his talents.

Juventus paid Parma €2 million in the summer of 2003 to secure Appiah's services on loan, with an option to a permanent €6 million transfer in 2004.

He went on to enjoy a good first season for Juventus, playing in 30 Serie A games and appearing in the Coppa Italia final.

Appiah played 48 times for Juventus, winning two Scudetti with the club before his shocking transfer to Turkish giants Fenerbahce in 2005.