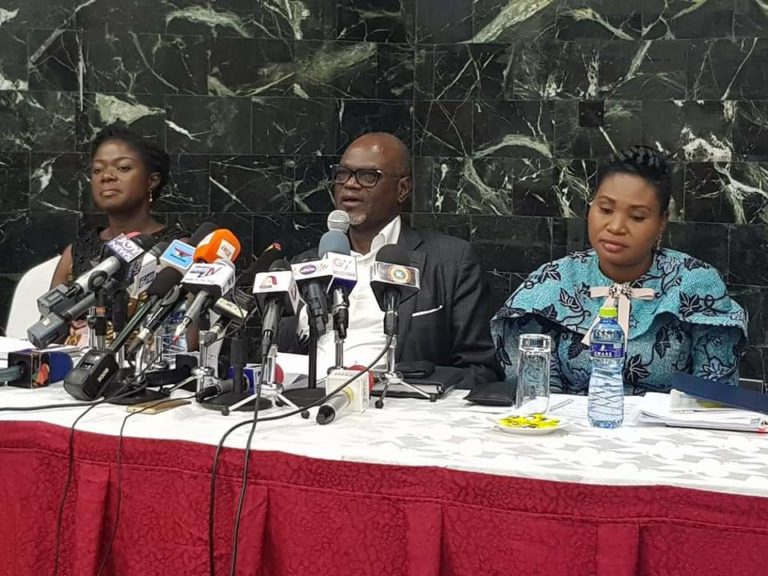 The Normalisation Committee of the Ghana Football Association has released the road map leading to the handing over of power to a new GFA Executive Committee.

The road map which details the program for the review of the new Ghana FA statutes, election of Constituent bodies, election of a new GFA Board Chairman, playing of a special commemorative match, dubbed Normalisation Committee Super Cup, and a Presidential Cup.

The map which was drafted on May 28, has the presentation of a draft amended Statutes which was sent to FIFA on April 29.

It has July 24 as the day of the announcement of election committee, with congress scheduled for July 31.

The Normalisation Committee was instituted by FIFA to reform Ghana football following an investigative work carried out by Anas Aremeyaw Anas to uncover rot in the football fraternity in Ghana and the whole of Africa.

The investigative journalist’s work uncovered shocking levels of corruption and ethical breaches in the activities of some officials of the GFA.

The GFA, with its executive committee, was then dissolved and its president at the time, Mr. Kwesi Nyantakyi, given a temporal ban – one which was to be later extended to a life ban on all football-related activities.

Check the detailed road map to the GFA elections below; 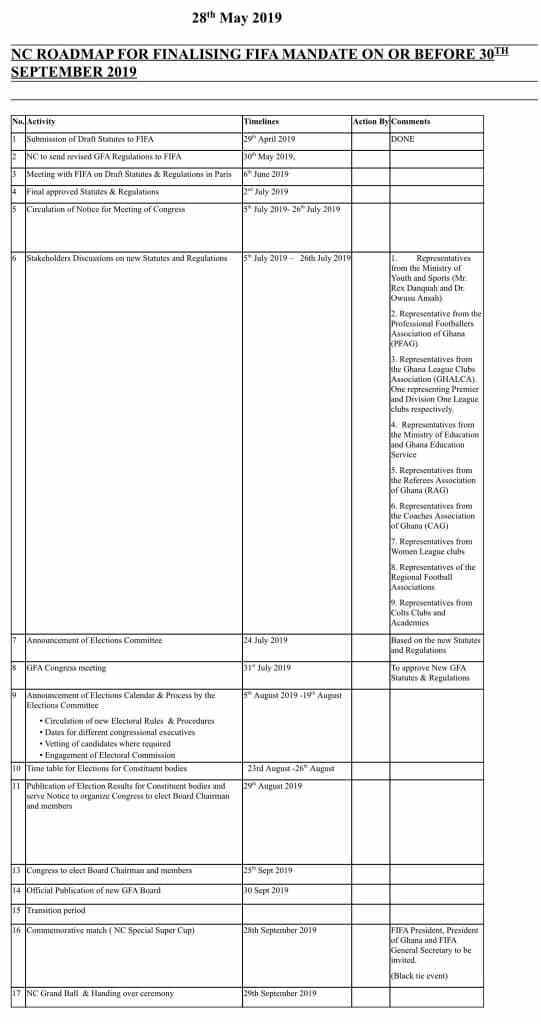