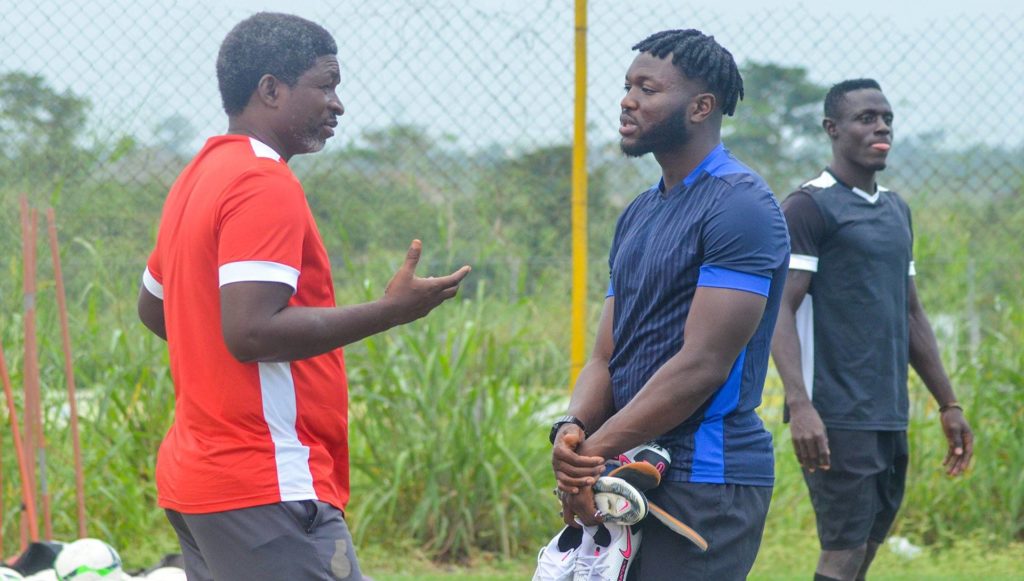 Muniru Sulley has left Asante Kotoko by mutual consent, but do you know the real reason behind his departure?

Sulley joined the Porcupine Warriors on a free transfer ahead of the 2020/21 Ghana Premier League season.

The 28-year-old midfielder signed a two-year contract with Asante Kotoko but could not bring his experience to the table in all the games he featured for the club.

On Friday, Asante Kotoko announced the termination of the player’s contract.

Many have attributed Sulley’s departure from the club to his turbulent period on the bench.

Sulley meanwhile left the club due to disagreements with the club’s Chief Executive Officer over some comments he made during an interview in December.

Nana Yaw Amponsah, who is the Chief Executive Officer of the club, claimed he was shocked at former coach Maxwell Konadu for his quick introduction of Sulley in competitive games despite the player arriving with fitness issues.

The outspoken administrator saw the decision as a blunder by Konadu as he thought the coach should have taken time to rope Sulley into the team.

Sulley was irked by the submission of the club’s boss which he believed could have been avoided.

The player felt he was thrown under the bus as the Porcupine Warriors were then going through patchy period.

Per our source, relationship between the pair got fractured after that famous interview until his untimely departure.

Sulley’s role in the Sudan debacle was the last straw that broke the camel's back.

The ex-FC Tambov midfielder together with captain Emmanuel Gyamfi and goalkeeper Kwame Baah led the mutiny in Omdurman.

Sulley made four substitute appearances for the club.

He started at Liberty Professionals’ youth team and graduated to the first team in 2012 before leaving to join Romanian side CFR Cluj the following season.