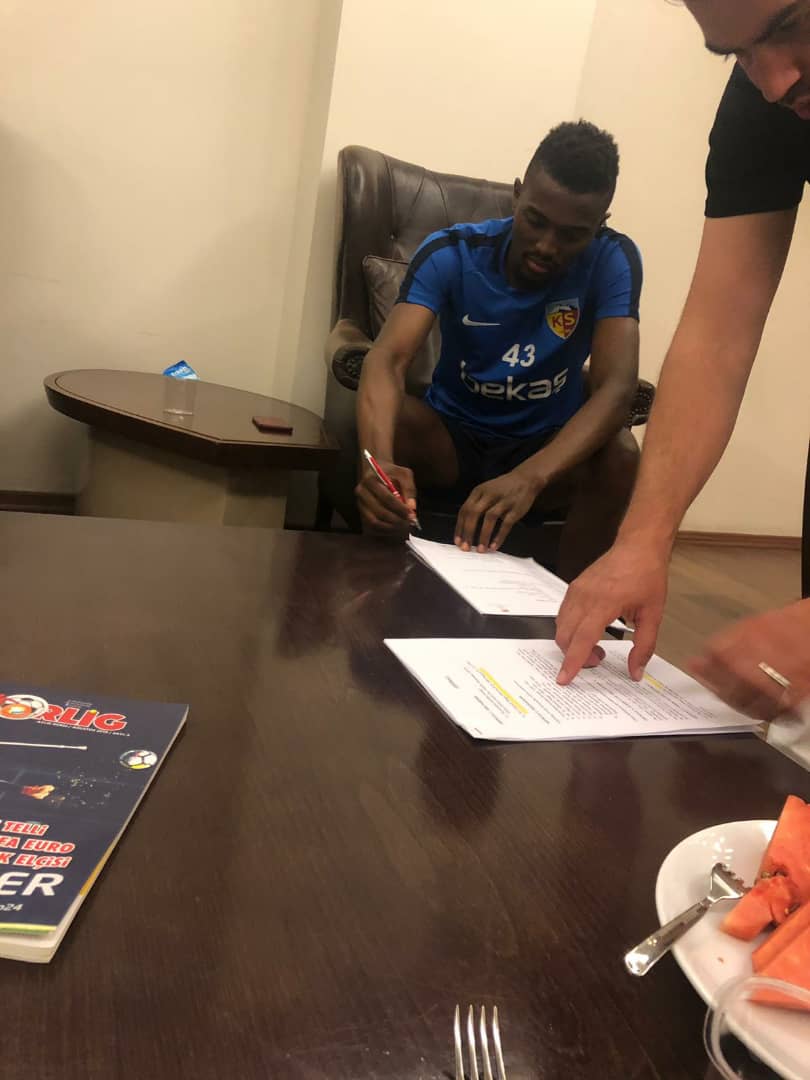 Spanish giants Atlético Madrid have suffered a big loss of about €2.4m on the transfer of Bernard Mensah to Turkish side Kayserispor, Ghanasoccernet.com can exclusively reveal.

Mensah joined the Rojiblanco from Portuguese side Vitoria Guimaraes prior to the start of the 2016/17 season but failed to break into the squad, resulting in him being loaned out to Getafe, Kasimpasa and Kayserispor.

The 24-year-old enjoyed a stellar season with the latter before making the deal permanent.

The versatile midfielder put pen to paper on a three-year deal making him the club’s first signing in the summer window.

However, agents involved in the deal have hold Ghana's leading soccer news outlet that Diego Simeone’s side run a loss on the transfer of the player they purchased for €6 million.

The website disclosed that the Wanda Metropolitano outfit sold the player to Kayserispor for €3.6 million despite a strong and better offer from Besiktas.

He was heavily tipped to make Ghana’s final squad for the 2019 Africa Cup of Nations following a strong start to the season but missed out after suffering a (clavicle) collarbone injury hence had to miss the crucial part of the campaign.