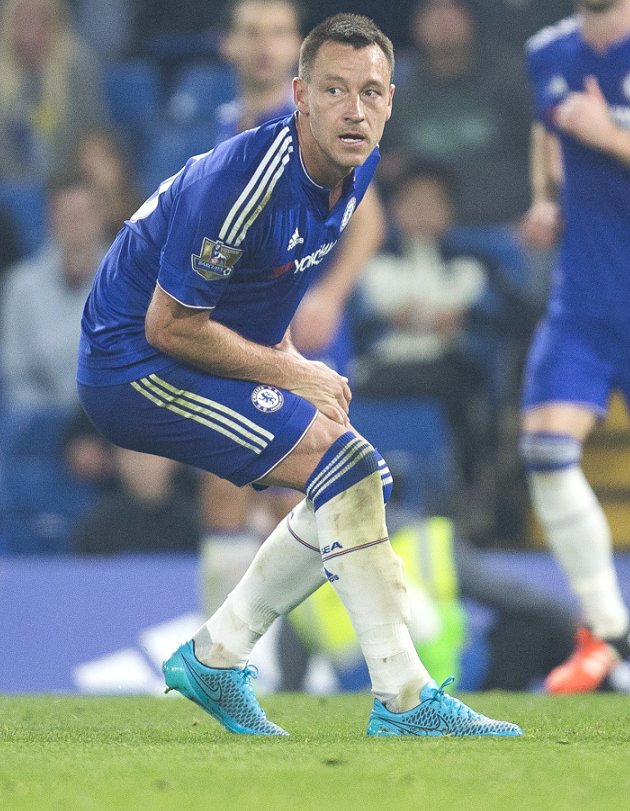 Chelsea captain John Terry has revealed a weird superstition of the Blues players.

The Blues squad have let superstition get the better of them and use the same urinal before every match causing queues in the dressing room.

It all started with the former England man and Chelsea legends Frank Lampard and Ashley Cole.

At the London Football Awards, Terry said: "I am very superstitious and, for me, if we win a game then I add it on to my next superstition.

"Last season, as you can imagine, it built up to quite a lot.

"Me and Frank started it a long time ago; in the Chelsea dressing room we have three urinals and me and Lamps started weeing in one.

"We won the game and, for me, that was it, the next week there was a queue of me, Frank and Ash.

"And even now, up until today, you have Cesar Azpilicueta and Cesc Fabregas, we are all there in one big queue.

"A few months ago the club secretary said to me: 'we have had a few calls from the FA complaining because we have been going out late' and I didn't have the heart to tell him it was because we were all waiting to go for a wee."