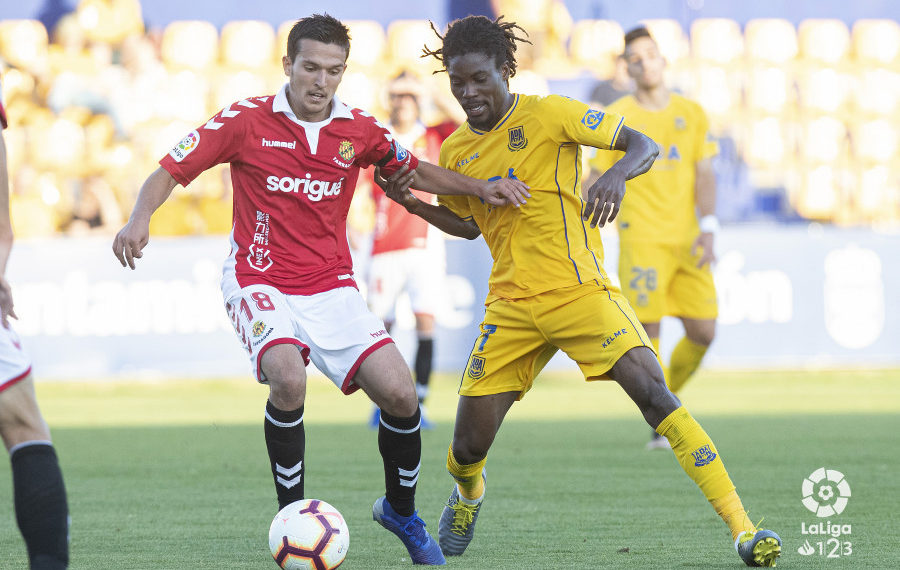 It was a disappointing weekend for Ghanaian midfielder Richard Boateng as he was sent in Alcorcon’s 1-1 against Ponferradina in the Spanish Segunda Division on Saturday.

Boateng received his marching orders after picking up two yellow cards. He was first booked in the 13th minute of the game for a crunchy tackle before being handed a second yellow card for unsporting conduct.

Alcorcon were leading one-nil courtesy Alex Aizpuru’s strike before Boateng’s was sent off. His absence proved costly as Dani Romera equalized for Ponferradina.

Boateng has so far scored one goal with two assists for Alcorcon this season.