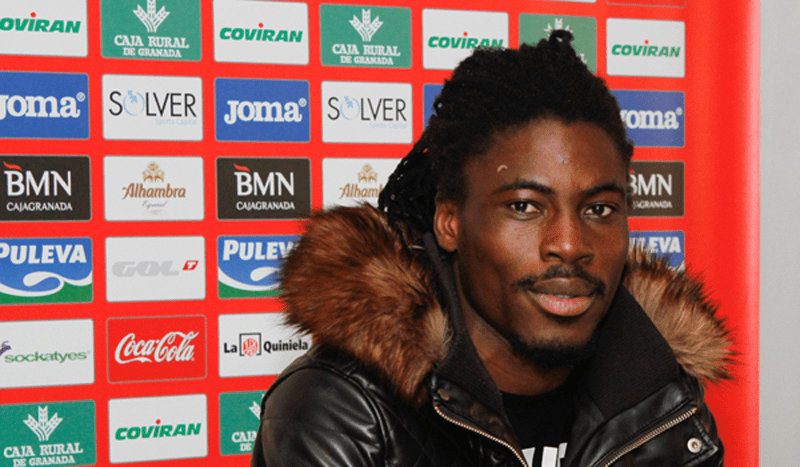 In case you didn’t know a footballer with that name exists or have never heard the name, well, he is the younger brother of former Black Stars midfielder Derek Boateng. Richard was a gem during his formative years but at the age of 25, time is running out for him and it’s increasing looking like he may end up not getting any closer to reaching the level everyone envisaged.

When you arrive at Abuakwa State College located in Kibi as a new student and happen to be a football fan like myself, you are welcome to the school with stories of how the school outwitted all its competitors in the last inter-schools competition and how the school ended up missing the National competition by a hairs breadth. Abusco was well recognized in the region (Eastern Region) for its prowess in the beautiful game – and one of the few things that made the school popular.

Thankfully when I arrived in the 2000’s, I was fortunate to be in the school at the time when Richard Boateng and Sulley Muniru (younger of Sulley Muntari) were strutting their stuff in Abusco colours. The school had arrangement with the late Alhaji Sly Tetteh, founder of Liberty Professionals, that sees the club send some of their players to the school to receive secondary school education and in turn they play for the school team. Richard and Sulley were products of that system and they showcased their immense talents during their time in Kibi.

We spent the afternoons witnessing training sessions of the school team because we couldn’t afford to miss an episode. We felt proud and overjoyed as skills and tricks were showcased in abundance every day. Richard Boateng was immensely talented so much that people compared his style with that of Liverpool legend Steven Gerard. His calmness, passing range and long range shots were major components of his skill-set. He was destined to hit bigger heights. That hasn’t been the case after he left Abuakwa State College.

He momentarily plays for Spain second division side UD Melila. After leaving Liberty Professionals in 2010, he spent 6 years at Granada B – making a solitary appearance for the senior side.

His career has not taken off thus far and at the age of 25, concerns are that he may end up not doing anything significant in his career. Some of us have waited for years to brag to our friends about him but it is largely looking like that won’t happen anytime soon if we are going to infer from the happenings in his career in recent years.

During his time at Abusco, he was so good that the school team couldn’t afford to miss him for a game. These days he is more of a liability after he failed to make a single appearance for Aris Limassol during the 2016/2017 season and the narrative was same at Extremadura when he joined in January 2017.

Steven Gerard hanged his boots a year ago but it’s unlikely we’ll see a Ghanaian version of the English great anytime soon – not when Richard Boateng can’t get games at third division Spain side Extremadura. He could revive his career at UD Melilla, who knows?