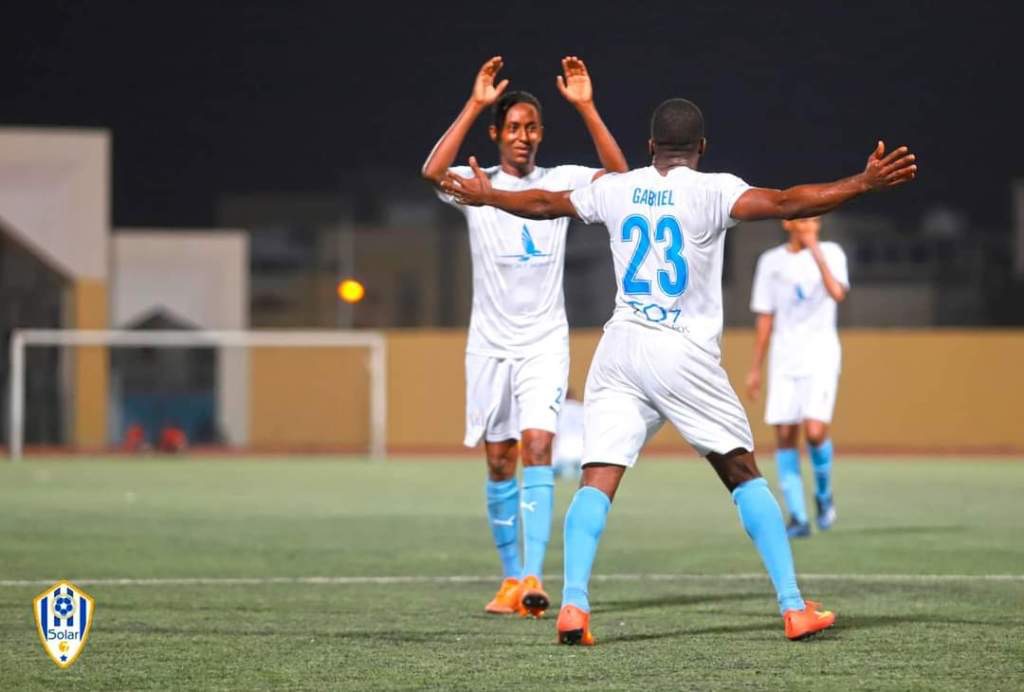 Twenty-three year old Ghanaian forward Richard Dadzie is hogging the headlines for all the right reasons in the Eastern African country of Djibouti.

The AS Arta Solar 7 forward has been in sensational form for the club this season, scoring twenty goals in just 12 matches.

The striker with an average scoring rate of 1.6 has propelled the club to top of the table after just 12 games.

His performances has seen him attract interest from some North African clubs.

The 23-year-old was unplayable as Solar 7 beat their opponents 6-0 to continue their impressive run in the league.

The team that has former Arsenal Star Alex Song in their squad lead the table with 33 points, ahead of Police Nationale.