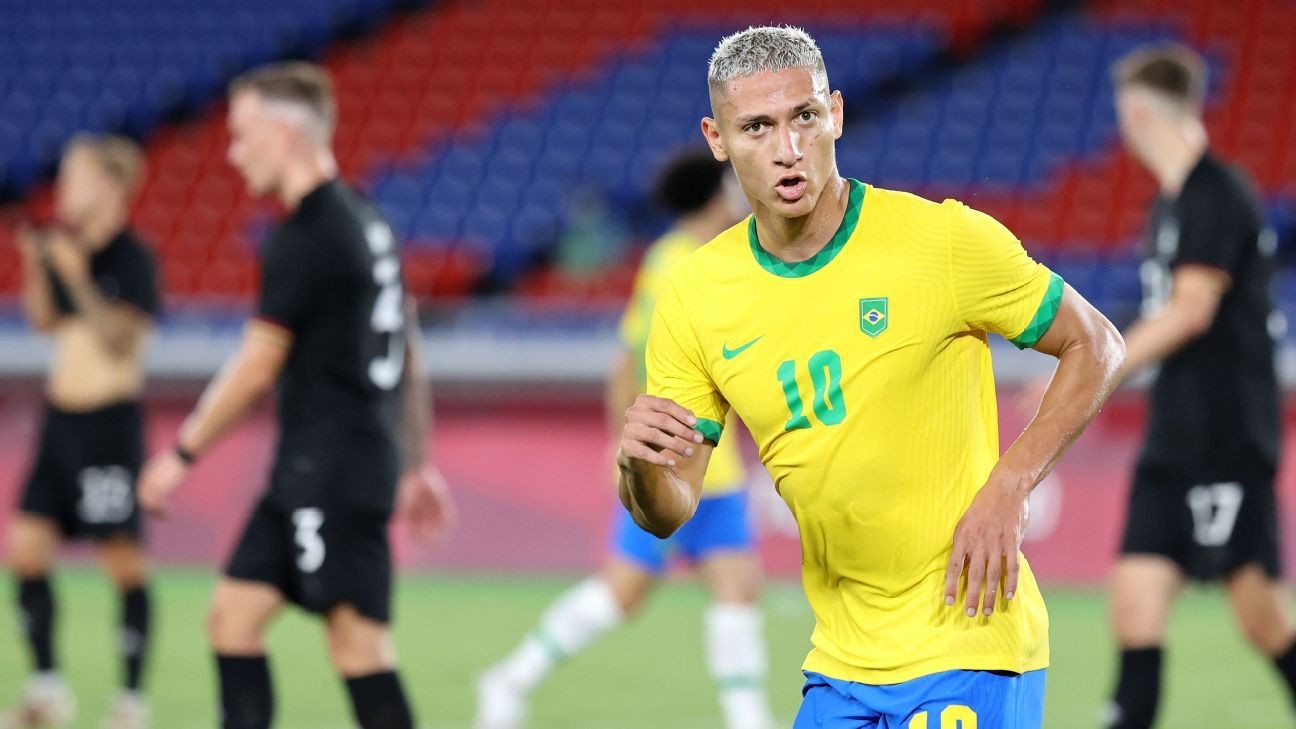 Richarlison scored a first-half hat trick as defending Olympic champions Brazil kicked off their Tokyo 2020 campaign with a 4-2 win over 10-man Germany at the International Stadium in Yokohama on Thursday.

The Everton striker, who was one of several notable names in the Selecao's squad alongside Dani Alves, Douglas Luiz and Malcom, opened the scoring on seven minutes, scoring from a rebound after his initial shot was saved by Florian Muller.

On 22 minutes, Richarlison doubled Brazil's advantage with a header following Bruno's cross from the left before completing his treble on 30 minutes, again after good work from Bruno, with a curling effort into the far corner of the goal.

Brazil could have made it four just before half-time when Benjamin Henrichs handled in the penalty area, but Matheus Cunha saw his spot-kick saved.

Germany threatened to fight back when Nadiem Amiri's strike from the edge of the box fortuitously beat Santos in the Brazil goal on 57 minutes.

Maximilian Arnold's dismissal six minutes later looked to have effectively ended Germany's hopes of recovering a point but Ragnar Ache's unlikely header in the 84th minute moved them within touching distance until Paulinho added a fourth goal for Brazil in stoppage time, firing into the top corner following a counter-attack as Germany chased an equaliser.