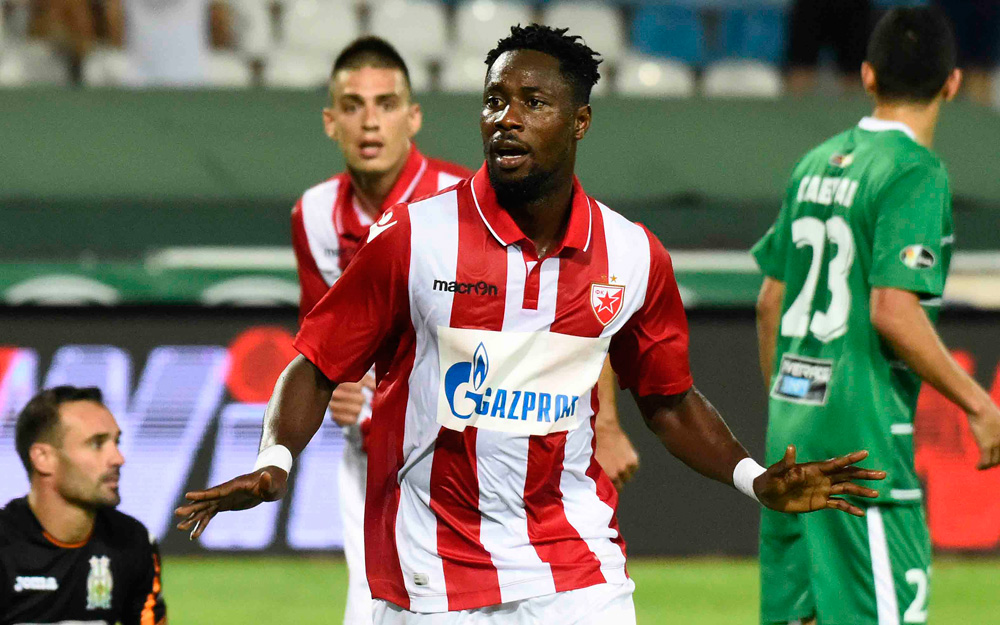 Ghana and Red Star Belgrade Star Richmond Boakye Yiadom “Boakye Magic” showed excerpts of his brilliance in his team’s pre-season game against Romania side CFR Cluj which ended in a draw.

The 26-year old made his second appearance in the pre-season game for Red Star Belgrade since returning from injury.

“Boakye Magic” as he is popularly known scored a brace in the first preseason game where they trashed Vindisgarstena by 8-0 on Wednesday.

Boakye Yiadom saw 60 minutes of action in the game where he was a constant threat to the defence of Cluj before been substituted.

Serbian giants Red Star Belgrade scored first in the 67th minute through Savic while Vinicius got the equalizer for Cluj in the 80th minute.

Richmond Boakye Yiadom is gearing up for the season ahead as he looks to replicate his fine scoring form when the season begins.