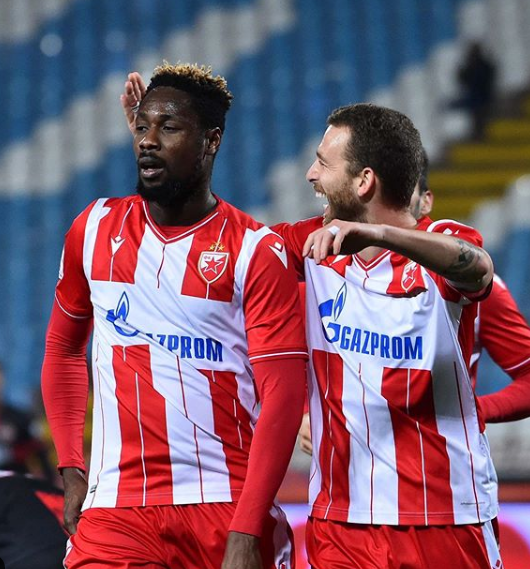 Ghana International Richmond Boakye Yiadom scored in Red Star Belgrade's 1-0 win over Macva in the Round of 16 tie against Macva in the Serbian Cup on Wednesday.

The 25-year old scored the only goal of the game in the 66th minute to help Red Star  progress to the next round.

The former Juventus striker was impressive in the game for the Serbian giants helping them to secure a place in the quarter-finals.

Red Star Belgrade play against Radnicki Nis in the league game on Saturday.