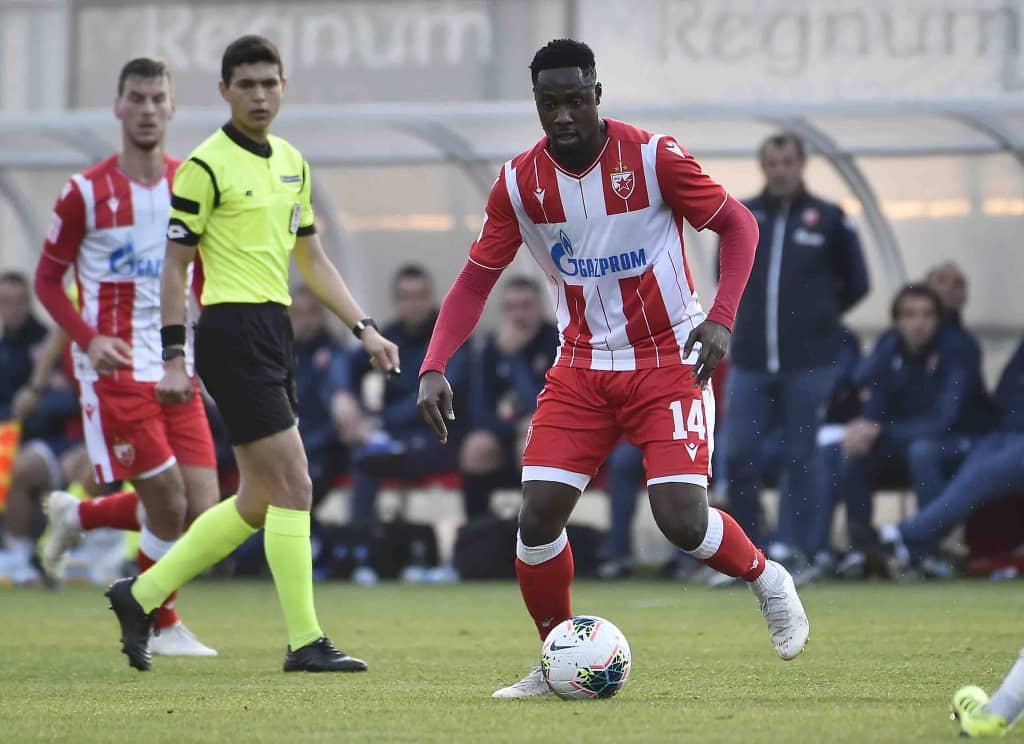 Red Star Belgrade’s pre-season continued during midweek with a test game against Slovakian side Dunajská Streda.

Black Stars Striker, Richmond Boakye Yiadom, was once again Coach Dejan Stanković favorite to lead the front line for the Serbian side as they prepare for both the domestic league and Uefa Europa League competition.

Boakye found the net through a header from an acute angle, after his teammate Rodic spotted his move into the 18 yard box. Rodic sent in a delightful cross for Boakye to score the fourth goal in the 57minute to put the game beyond the reach of Dunajska.

Red Star Belgrade will this Saturdays kick start the second half of the season at home to Indija. They top the Serbian Super Liga with 55 points, 11 more than their closest and fierce rivals Partizan Belgrade.