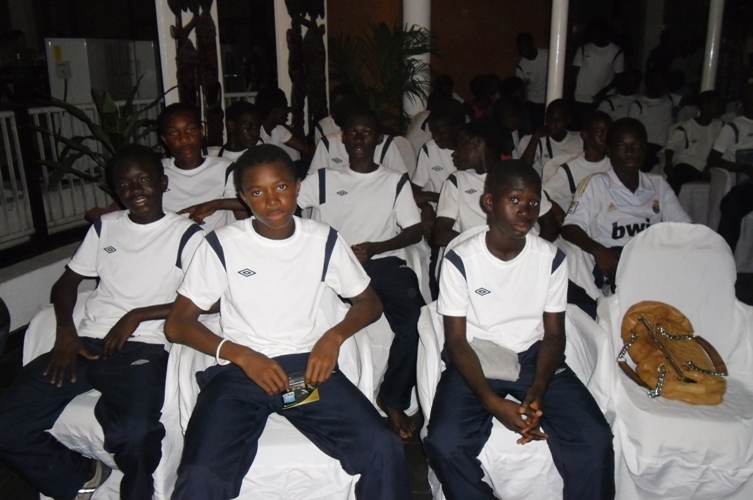 Right to Dream Academy held its annual end of year party and awards and the plush Golden Tulip Hotel in Accra on Friday.

The event was to recount the highlights of the academy in the calendar year while rewarding deserving employees and students for their hardwork.

In the year under review; three students signed professional contracts with European clubs, five graduates were awarded full scholarships to pursue further education in the US and one of their own, Mohammed Abu won three caps for the Ghana national team, the Black Stars.

Awards were presented to students for excelling in the various categories based on academics,Â behaviourÂ and football performance.

The students reciprocated the gesture by humourously presenting awards for the 'Dirtiest department and member of staff" in their bid to promote personal hygiene at the academy.

The event was lightened up when the professional players and students challenged each other on the dance floor to cap a very eventful occasion.

Academy Team of the Year