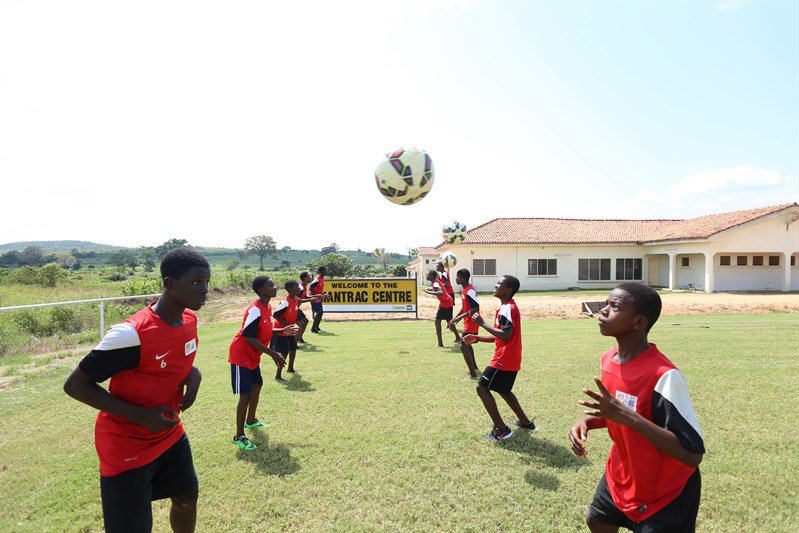 Right to Dream Academy owner Tom Vernon has revealed that most European Academies fail in Africa because there is no long term plan for the students who enroll at those clubs.

According to Tom Vernon, his academy is yet to reach its highest goal but admits they have done well than some of the big Academies that were established in Africa and collapsed in the long run.

"The reason I say we haven't succeeded is that we are not old enough and matured enough to be able to say it works."

"My kind of idealistic deathbed is that you've got the Dedier Drogba and George Weah case studies from Right to Dream to say it worked," he added.

In explaining why the Right to Dream Academy has been a success in Ghana, he identifies his relationship with the people and a back up plan for his students made the difference.

"In terms of the rest, this model of coming in with the European thing, I have said as well I can't hold my hand up and say I am some kind guy who had a totally different vision for football when I turned up 19 years ago. I knew nothing."

"I had these other academies that were looking at things in a different way and as a Brit trained in football I also felt like helping others make it as pros and I was lucky to be guided by Ghanaians and fortunate to see that isn't going to  work," he added.

"I was like what happens to a kid that comes in, stays in a beautiful facility for fives years and then you ask him to go back."

"And not necessary the impact on him but all the kids in the Academy. How is he going to confidently grow  and develop and if they feel if I don't play well then this could all be over."

"For a kid in Austria or Holland they have a back up plan and the Academy works to provide a back up plan, his family does. But in Ghana it is not that,"

"So when I was to America and saw the opportunity then I could see this could actually work because I can see that it needs to be different to that. And there was lots of trials but then I realise you could employ a lot of Ghanaians to help this work and I think that is why we going," he concluded.

Right to Dream Academy is has developed and churned out several talents in the country including the likes of Godsway Donyoh and David Accam.

Most of their graduates have gone on to become professional football with others gaining scholarships to study abroad, in the U.S.A and the United Kingdom.