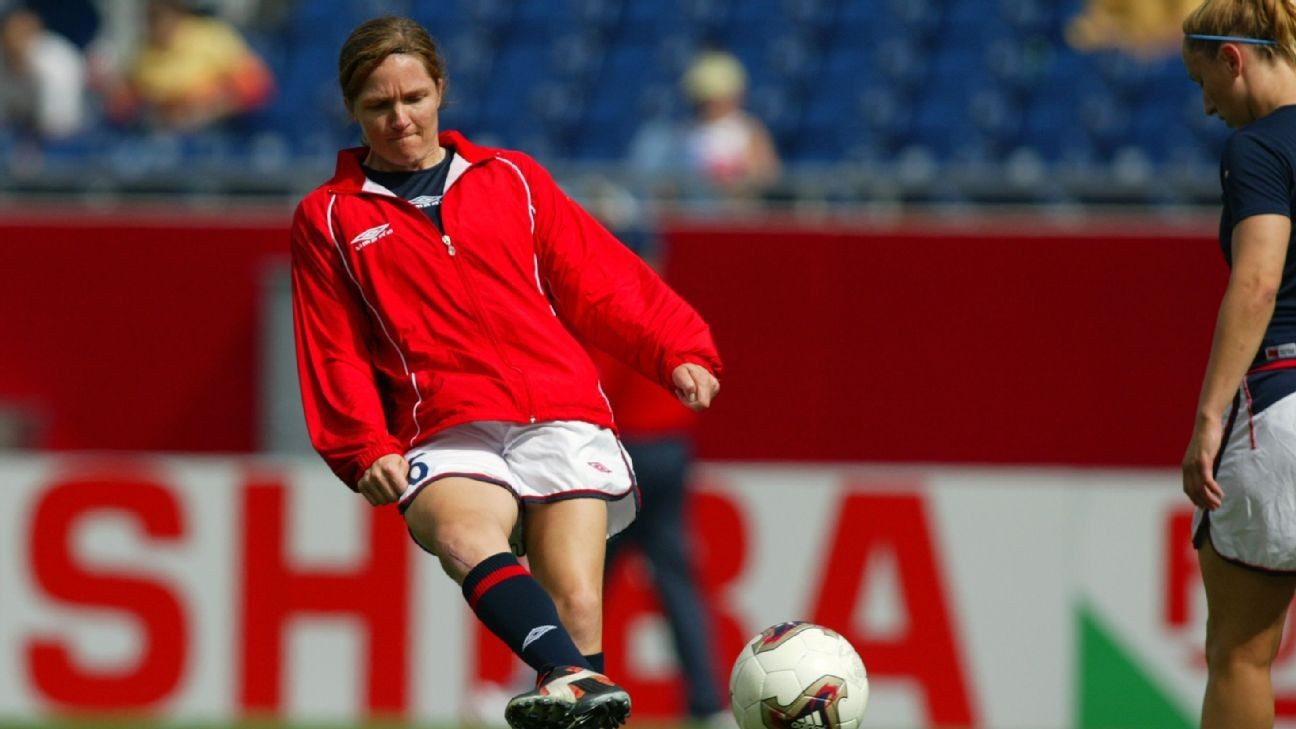 Ex-internationals Hege Riise and Rhian Wilkinson have been appointed to lead England in the wake of the departure of Phil Neville to Inter Miami.

Both have had successful playing careers. Riise is an Olympic, World Cup and European Championship winner with 58 goals in 188 appearances.

Since retiring from playing she helped LSK Kvinner win six consecutive league titles and has also worked with the USWNT as an assistant coach. She was nominated for FIFA's Best Coach of the Year in 2020.

"I'm excited about the opportunity I've been given to work with England Women. This is a proud and ambitious team that I look forward to working with and I am confident of making a positive impact when I meet up with the squad in February," Riise said.

Wilkinson has 180 caps for Canada and turned to coaching after winning bronze Olympic medals with the side in 2012 and 2016.

"I am extremely thankful for the opportunity to work with such a talented group of players and staff, and it is a privilege to work alongside Hege Riise who I have already worked closely with as a player and coach," Wilkinson added.

They will fill the roles until Sarina Wiegman takes over in August.

"I am delighted to welcome Hege Riise and Rhian Wilkinson to the England coaching team, having had positive discussions with them in recent weeks," FA director of women's football Sue Campbell said in a statement.

"They bring significant international experience and will help guide our players before the arrival of Sarina Wiegman as our new head coach to lead us into the home Euro in 2022. Once February is complete, we will sit down and assess the Lionesses situation and consider next steps for Team GB in consultation with the home nations and the British Olympic Association.

"At the same time, we are committed to helping English coaching talent as underlined by the announcement made last month about a number of roles across development teams. The Lionesses pathway has already helped Casey Stoney, Bev Priestman and Rehanne Skinner to secure prominent roles in the game and we are confident more will follow."