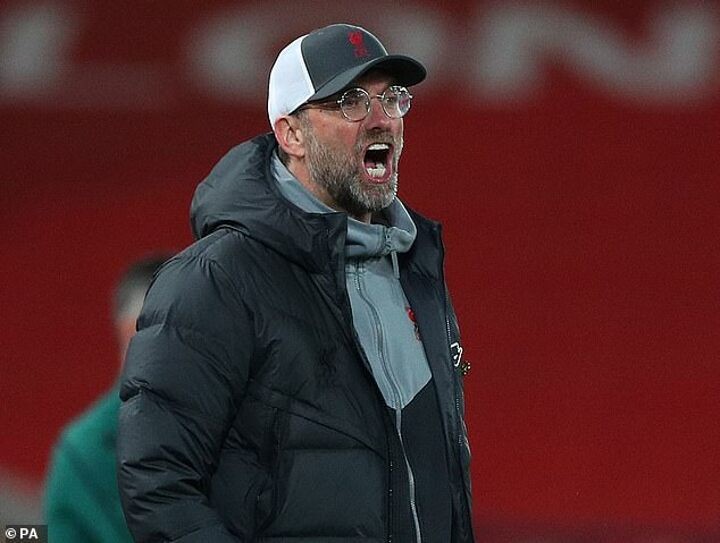 Rio Ferdinand has questioned whether Liverpool's notorious 'heavy metal' brand of football has contributed to the club's remarkable collapse this season.

Jurgen Klopp's team were eliminated from the Champions League at the hands of Real Madrid despite delivering a much-improving showing in the second leg.

The setback has left Liverpool solely embroiled in a dogfight to clinch a top four spot - and Ferdinand has now attempted to delve deeper into the cause of the slump.

'We asked the question before the game,' Ferdinand said on BT Sport. 'Is it because of the heavy metal brand of football Liverpool have been playing under Klopp?

'He's been here four years, five years... so is it sustainable, playing at that level? Is it the pandemic? Is it the injuries to key players?'

Despite the exit, Liverpool visibly returned to form at Anfield and pressed their LaLiga opponents in typical fashion in an attempt to spark a miraculous comeback.

The performance drew praise from former ace Michael Owen, who chose to fixate on the relentless energy on display.