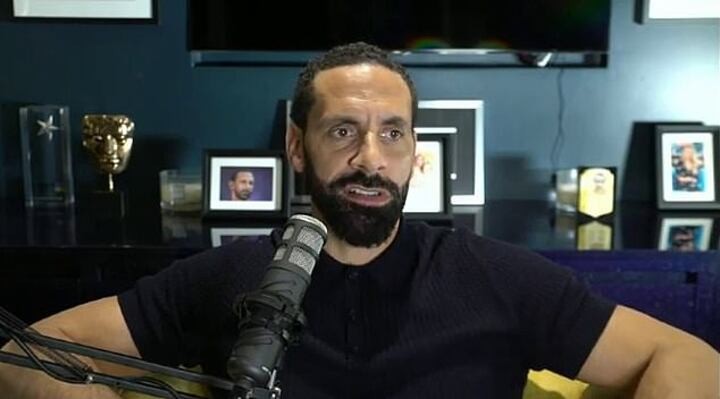 Rio Ferdinand has urged Manchester United to 'move heaven and earth' to sign Kylian Mbappe or Erling Haaland in the summer to capitalise on the improvement under Ole Gunnar Solskjaer this season.

The Old Trafford legend believes a statement signing through one of the world's best strikers would propel United back into challenging for the Premier League title.

Ferdinand also stressed the importance of signing another central defender in time for next season.

Speaking on his FIVE YouTube channel, Ferdinand praised the improvement under Solskjaer this season.

'Manchester United were playing catch up from everybody last season,’ Ferdinand said. ‘They finished 30 points behind Liverpool last season, now they’re above them.

'That’s a big, big achievement in that sense. I see progress. I still see room for improvement, we definitely need to buy a centre-back, a commanding centre back with pace.

'Cavani, yes, he’s a good stopgap but (we need) a centre forward,' Ferdinand stressed. 'If people like Erling Haaland or Kylian Mbappe are available, you can’t allow them to go somewhere else and you need to move heaven and earth to get them here.

'United are used to having superstars and those boys would change the narrative at this football club, that’s how good they are.

‘There’s room for improvement and opportunity to improve this squad, there’s players out there available, it seems. We need to be in the mix.'

There could well be a major summer battle for both Haaland and Mbappe, with the two strikes facing uncertain futures at their respective clubs.

Borussia Dortmund are currently fifth in the Bundesliga standings, three points outside the top four.

Failure to qualify for the Champions League would almost certainly see the forward on the move this summer, with Chelsea linked with the Norway international.

Mbappe, meanwhile, is approaching the final year of his PSG deal and if he doesn't sign an extension, Europe's elite will be circling.

Liverpool and Real Madrid have been linked with the World Cup winning France international but it is believed PSG would want a fee of around £174m for the striker.