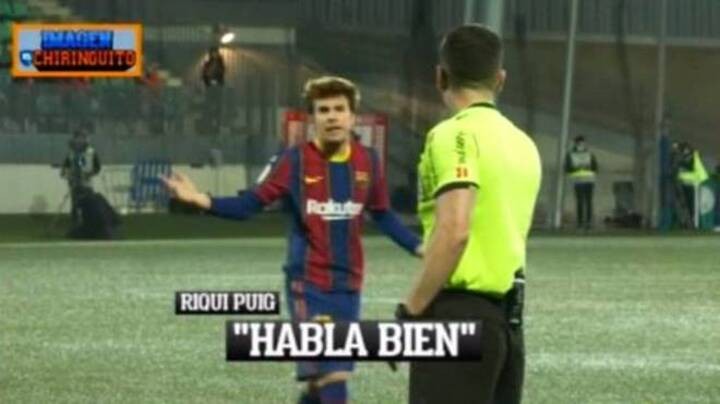 In just the seventh minute of Barcelona's Copa del Rey game against Cornella, Riqui Puig was shown a yellow card after an argument with referee Cesar Soto Grado.

This may have been part of the reason why Ronald Koeman decided to substitute the youngster off at half time of the match.

Afterwards, the cameras of El Chiringuito revealed part of the argument between the pair.

"Speak right and with respect," Riqui Puig was seen saying to the official.

"Don't shout at me," was the referee's reply.

Moments passed and the pair continued arguing, at which point Soto Grado reached for his pocked and booked the La Masia graduate.