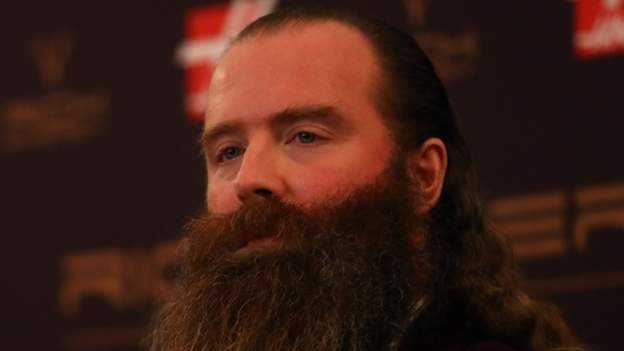 The founder of an energy drink company still wants to buy Coventry City despite their plan to sell a majority stake to businessman Doug King.

William Storey claims the deal breaches an exclusivity agreement he had with the club's current owners, Sisu.

The 44-year-old told BBC CWR he had a "well-funded, expansionist plan" to guide the club back to the top flight.

A Sisu statement said: "The allegation of a breach of exclusivity is untrue and unhelpful."

The BBC has approached King for a response.

The agreement to sell an 85% stake in the Championship club to Stratford-on-Avon-based King was announced on 16 November, but is subject to approval by the English Football League.

He also wanted to buy the Coventry Building Society Arena, but the following day former Newcastle United chairman Mike Ashley became the owner when its three operating companies were placed into administration.

The court ruled that King's £25m offer for the stadium had come too late, but he confirmed his bid for the club would go ahead.

However Storey told BBC CWR that he had been negotiating with Sisu for several months, signed an exclusivity agreement on 24 October and had entered a period of due diligence after agreeing a price that he felt was "more than fair to the club".

Storey said his board would have included former England striker Mark Hateley, who began his career with the Sky Blues in the 1970s, and ex-Coventry Building Society chair Gary Hoffman.

"They are the sort of club you can get very excited about and definitely have the potential, in my opinion, to be punching very strongly in the Premier League," boyhood West Ham fan Storey continued.

"We started off on acquiring Coventry City in July. I brought together £9m worth of annual sponsorship contracts, which is unheard of in the Championship, with five major corporations and I secured arrangements for tens of millions of pounds worth of players to come in in January.

"We had a blueprint, and we have a blueprint, to drive Coventry City and propel it upwards at a rate of knots."

The Sky Blues have not played in the top flight of English football since 2001, and sank as far as League Two in 2017.

But two promotions in three seasons took them back to the Championship and they are currently 11th under manager Mark Robins.

"He has done a great job. He's a manager who, on very scarce resources, has really allowed Coventry to punch above their weight," said Storey.

"I felt that with the right backing, significant investment and a supportive, ambitious and expansionist board, that Mark Robins could bring Coventry into the Premier League."

Storey said he had received legal advice that he could get any sale contract with King set aside.

And he added: "I've communicated with the EFL and I've reached out in a very friendly manner to Sisu to say, I'm prepared to take this on the chin, I will overlook it, please just honour the agreement we signed and sell me the club.

"I will then put significant resources into an unbelievable ambitious plan for Coventry City."