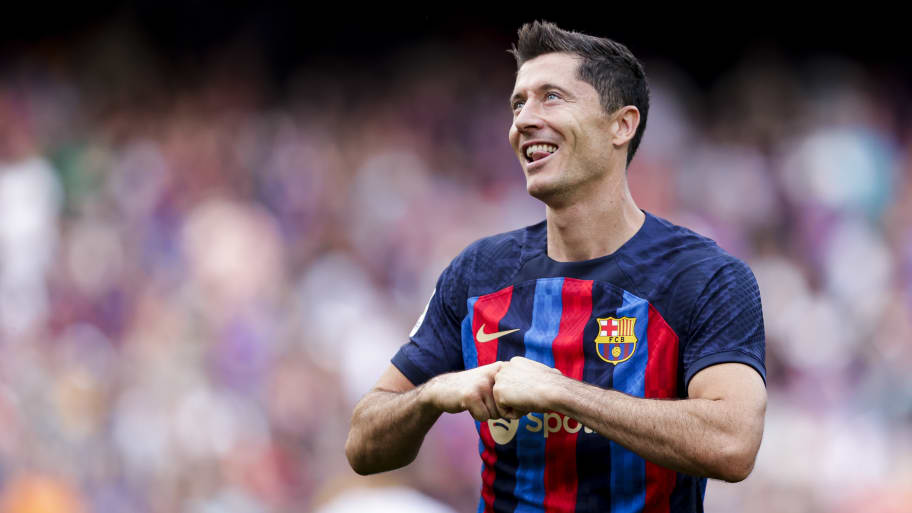 Robert Lewandowski has suggested that his summer transfer to Barcelona could help his chances of winning the Ballon d’Or, claiming the ‘path is shorter’ than it was at Bayern Munich.

Bayern were initially reluctant to sell Lewandowski, who had scored 344 goals in 375 appearances for the club and 158 goals since the start of the 2019/20 season alone. But the player was keen on taking a new challenge and a €50m deal was eventually agreed with Barcelona.

The 34-year-old Pole has started in Catalonia just as he left off in Bavaria, netting 11 times in his first eight appearances for Barça – including three La Liga braces and a Champions League hat-trick.

Lewandowski has won it all at club level and, individually, was widely expected to win the Ballon d’Or in 2020 until the award was cancelled against the backdrop of the Covid-19 pandemic. Lionel Messi then narrowly beat him to the gong when it returned in 2021.

But now that he has moved to Camp Nou, Lewandowski is hopeful his chance of lifting the iconic golden ball has grown given Barça’s historic success in the award.

“Barcelona is the team where the most players have won the Ballon d'Or. I think the path is shorter from Barça than from Bayern,” he said, via Marca.

Indeed, as a club, Barcelona have seen their players win it 14 times over the years. Seven of those do belong to Messi, with his 2021 title split between Barça and Paris Saint-Germain, but five other Barça stars have also won the Ballon d’Or at one time or another. Bayern players have won it five times.