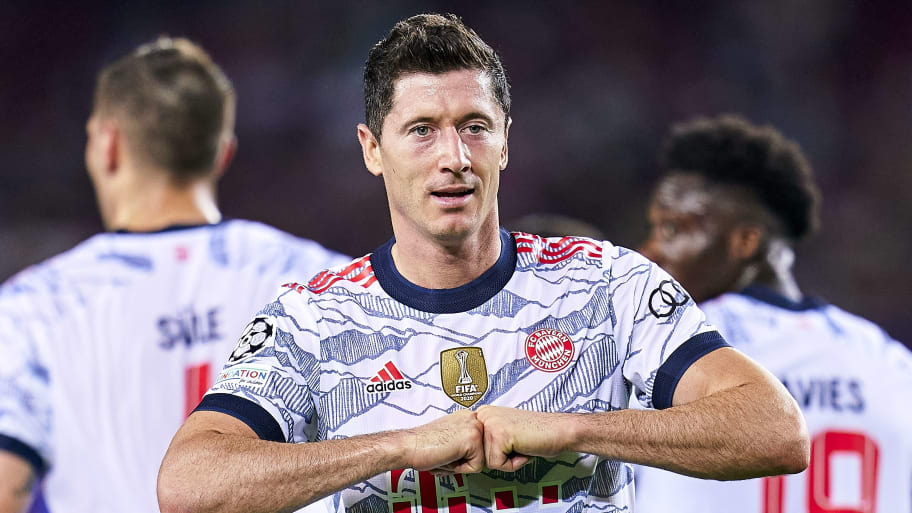 Robert Lewandowski has revealed he does not believe he needs to leave Bayern Munich and the Bundesliga to prove himself outside of Germany, scuppering the hopes of a number of top sides looking to sign him.

The Poland striker has been in extraordinary form in the past few years, helping Bayern maintain their stranglehold on German football while scoring more than 110 goals for the club in all competitions since the start of the 2019/20 campaign, including 41 in the Bundesliga last season.

His record in front of goal last term earned him the European Golden Shoe which he collected on Tuesday, and he took the opportunity to rubbish any rumours linking him with a move away from the Allianz Arena.

"I don't have to prove myself in another league," he said. "I can compete with the best from other leagues in the Champions League.

"I am 100 per cent focused on Bayern Munich, I don't think about anything else but my team."

Lewandowski has been linked with Real Madrid, Manchester City and Chelsea recently and was even said to be ready for a new challenge during the summer. However, when Erling Haaland was mentioned as a potential successor for his role at Bayern, the 33-year-old said he had no plans to leave just yet and plugged his amazing goalscoring numbers.

He added: "I am still here - and I will be here for a long time!

"Age, these are just numbers. I feel very good, I have the best stats I've ever had. I know that with my body I can play at the top level for years to come.

"I'm like a good wine and I hope to get even better."

Bayern have made another good start to their Bundesliga title defence under new manager Julian Nagelsmann, winning four of their five games so far while racking up 20 goals, seven of which Lewandowski has scored. They also won their Champions League opener, battering Barcelona 3-0 at Camp Nou.

This article was originally published on 90min as Robert Lewandowski pours cold water on potential move away from Bayern Munich.