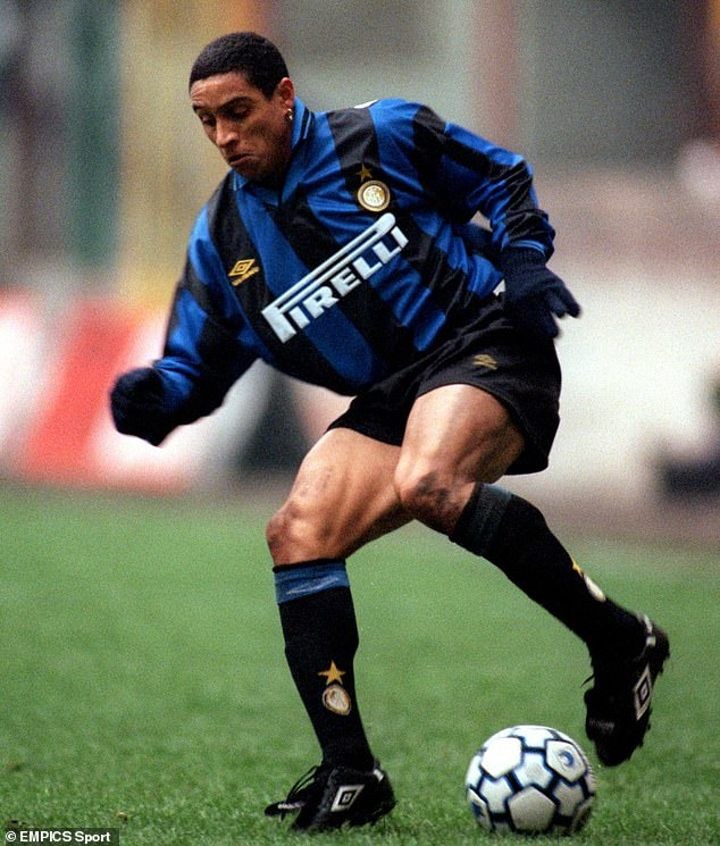 Roberto Carlos says Roy Hodgson 'destroyed' him at Inter Milan by forcing the left-back to play in midfield.

The Brazilian didn't hold back when asked about his former manager, claiming he 'didn't know much about football.

Carlos spent a season at Inter between 1995-1996 before joining Real Madrid where he went on to win 13 trophies.

But the left-back revealed he asked to leave the Italians because he was concerned about his chances of making the Brazil Copa America squad due to Hodgson's management.

'He made me play in the centre of midfield. I wasn't going to get a chance to play for Brazil like that and there was a Copa America in 1997.

'It's not that we got on badly, it's that he didn't know much about football.

'I spoke with [Inter chairman Massimo] Moratti and I asked him to leave.'

Carlos is regarded as one of the best left-backs of all-time at Madrid and said Fabio Capello's presence also helped seal a move.

He added: 'I went to Madrid for [coach Fabio] Capello, he was the most important coach in my life.'

Hodgson had another year at the San Siro, leading his side to the UEFA Cup final in 1997 to be defeated on penalties by Schalke.