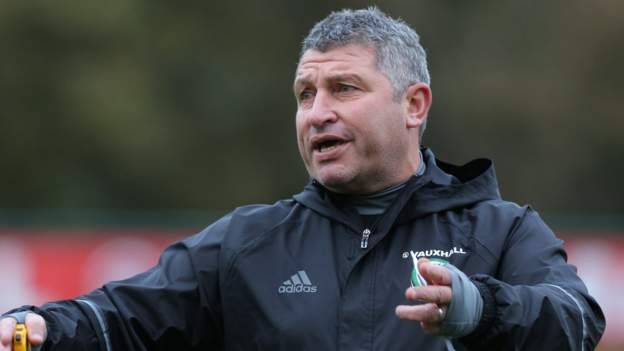 Roberts stepped down as technical director of the Moroccan Football Federation last month.

He previously spent 12 years as the Football Association of Wales Trust's technical director and was assistant under Wales managers Gary Speed, Chris Coleman and Ryan Giggs.

Vieira gained his coaching badges on the FAW programme overseen by Roberts.

Roberts, from Anglesey, helped Coleman's Wales side to the semi-finals of Euro 2016, while he was interviewed for the national team manager's job before Giggs was appointed in January 2018.

He spent two years in Morocco having left his homeland in 2019.