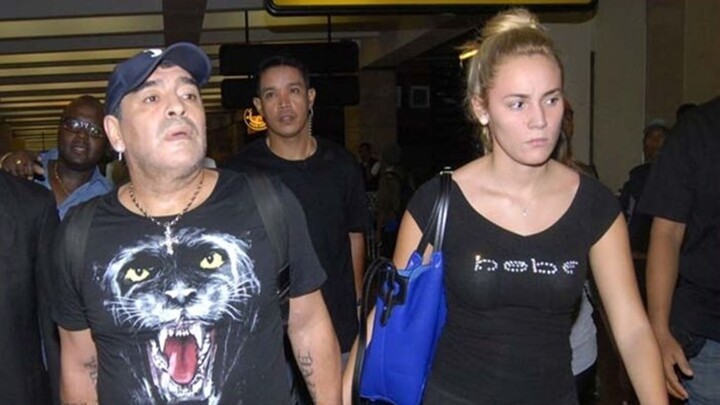 Rocio Oliva, Diego Maradona's partner for several years, has responded to accusations made against her by Yanina Latorre, who said that she was mistreating the former Napoli star.

The accusations included Oliva giving Maradona beers and hitting him, while also throwing him down a flight of stairs and dislocating his shoulder.

However, Oliva came out to defend herself and spoke out on behalf of what the late Maradona would do if he heard something like that.

"She is lying from the off," said Oliva. "If Diego were to rise up [from the dead], he'd give more than one of them a punch.

"There are the people, like the sisters, who go out to get the mask off Yanina. I don't even know where they get the information, they're people who talk because they're sitting down and have to say something."

Maradona's ex-partner was denied access to the wake and this also upset and hurt her. However, she keeps a fond memory of Diego, even though she had no connection with his family.

"In time I will speak. I have beautiful letters," Oliva stated. "I want to show that Diego was a better person than he was as a player; I want people to know how great, loving and divine he was."