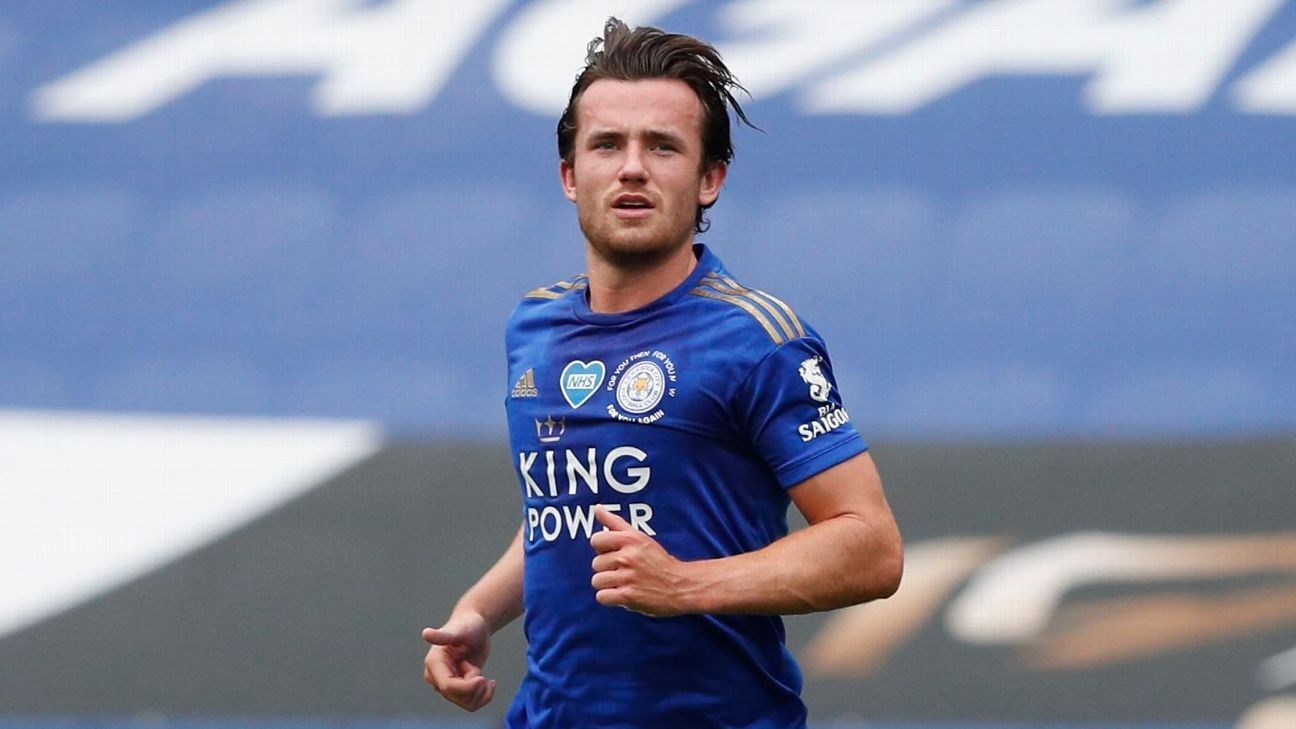 Leicester City will not be entertaining any bids for Ben Chilwell, manager Brendan Rodgers said on Friday as interest grows in the 23-year-old fullback with the transfer window set to open at the end of the month.

The window opens on July 27 in England and sources have told ESPN that Chilwell -- who has three goals and three assists this season -- is a transfer target for Chelsea and Manchester City.

"He's a Leicester player, he's not a player that I'm worried about at all" Rodgers told reporters in a virtual news conference ahead of Sunday's trip to Tottenham Hotspur.

Chilwell will miss the last two games of the season due to a thigh injury as fourth-placed Leicester look to qualify for the Champions League for the first time since the club won the league title in 2016.

Leicester are a point behind Chelsea and are above Manchester United -- who they play on the final day -- on goal difference but Rodgers' side guaranteed Europa League qualification with Thursday's 2-0 win over Sheffield United.

"We all sat down at the start of season and said it would be huge challenge for Leicester to get into Europe," Rodgers said. "So to do that in my first season here, to guarantee that is a phenomenal achievement."

Champions League football would give Leicester a financial windfall but Rodgers said that although the "rewards are huge," the club was not in dire need of the money.

"We're not a club who budget for a guarantee for Champions League football," he added. "We're ambitious and we want to overcome any financial differences to get in there."