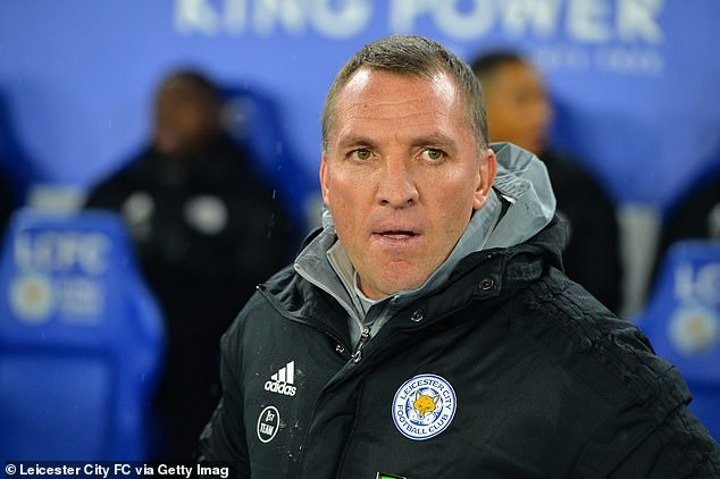 Leicester City manager Brendan Rodgers has revealed he contracted and recovered from coronavirus shortly after the Premier League season was suspended.

Rodgers compared the experience to 'climbing Mount Kilimanjaro' and said he struggled to run while also losing taste in his mouth for three weeks.

The Leicester boss, 47, is the second Premier League boss after Arsenal's Mikel Arteta to have knowingly had Covid-19. His wife Charlotte also had the virus.

Rogers told BBC Radio Leicester: 'Me and my wife had it just after [the season] broke up. A week later I really started to struggle, I had no smell and no taste.

'I had no strength, and I really struggled, and my wife was the same as well. I got tested and we both had it. I could hardly walk.

'It reminded me of climbing Mount Kilimanjaro, as you climb higher you get more breathless.

'Walking 10 yards felt very different. I went for a run, and I just couldn't do it.

'I felt really weak, had no real appetite, and had a weird sensation for three weeks of having no taste.'

Three Leicester players went into self-isolation with coronavirus symptoms shortly before the Premier League was suspended on March 13. Leicester's 4-0 win over Aston Villa on March 9 was the last Premier League game to be played.