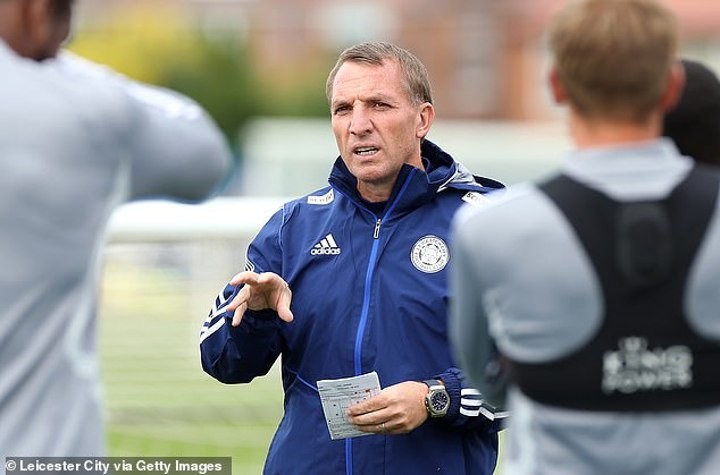 Brendan Rodgers has welcomed signals that the authorities are to trust Liverpool supporters and allow the club to clinch the Premier League title at Anfield if the fixtures fall in their favour.

There had been suggestions that the club would be forced to play at a neutral ground when they seal their title triumph over fears that Liverpool supporters would mass outside the stadium.

But plans have changed and Rodgers, who led the club to the brink of the title six years ago, insisted that their fans should not be singled out and that Liverpool should be allowed to see out their season playing home games at Anfield.

‘There is no doubt that Liverpool will go on and win the title they deserve,’ said Rodgers. ‘They have been exceptional this year. It is a real, real shame that this whole pandemic has meant they won’t be able to do it in front of their supporters because they have waited so long to do it.

‘However, there has to be that trust in the supporters. If we are going to go to games home and away rather than neutral grounds, that is what the games should be. You get the opportunity to win it at home playing at Anfield, then absolutely great.

‘And then later down the line when all of this returns to some sort of normality, they can get the opportunity to share that moment with the supporters. And the same with Celtic in Scotland, by the way.’

It is possible Liverpool could seal the title away to Everton on Sunday, June 21 if Manchester City lose to Arsenal four days earlier. Liverpool’s next match is at home to Crystal Palace on the evening of June 24.

‘I’m not so sure whether the players will care too much about where they win it if there are no supporters there,’ said Rodgers. ‘I think you just want to win it.

‘If Anfield was packed to the rafters, then absolutely, that would be ideal. But in the current climate, I’m sure if you asked the Liverpool players and Jurgen Klopp, they’ll win it anywhere as long as they win it.

‘They’ll certainly never forget what happened this season and the impact the coronavirus has had on society but you can’t say that Liverpool aren’t deserving of winning the title.

‘We have all earned the right to be where we are in the table. If the season continues and Liverpool win the league and we finish in the top four, then that’s where we deserve to finish.’