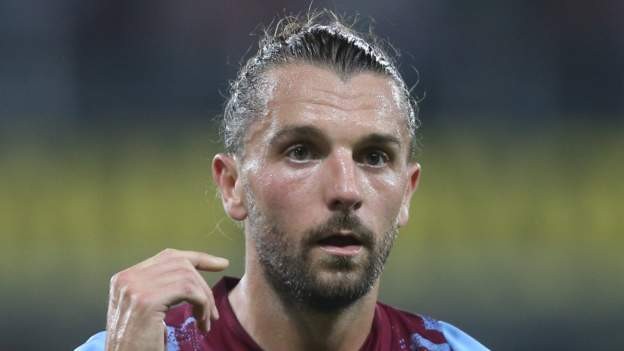 Rodriguez headed in a cross from Johann Berg Gudmundsson for his fifth goal of the season midway through the half to secure only a second home win of the campaign for the Clarets, as they moved up to fourth.

For the Robins, Nahki Wells had cancelled out Manuel Benson's early strike.

But they suffered a second loss on the road in four days as they fell to eighth in the table.

The Clarets only needed four minutes to go in front when Benson, a summer arrival from Royal Antwerp, drilled in his first goal for Burnley from just inside the area.

But Bristol City are the joint lead scorers in the Championship, netting in every game, and they kept that record going by finding an equaliser.

Kal Naismith's corner was not cleared and the ball reached Wells, who scored against one of his old clubs from barely a yard out for his fourth goal in as many games.

There was a good flow to the match as Robins goalkeeper Dan Bentley denied Ian Maatsen at one end and Aro Muric kept out Rob Atkinson and Wells at the other.

It has been a summer of change for Vincent Kompany since he took over at Burnley in the summer but it was two of the Clarets' old guard who made the vital contribution.

Substitute Gudmundsson delivered the cross and there was Rodriguez with a pinpoint header into the far corner.

Joe Williams almost had a second equaliser for Nigel Pearson's men, only for another save from Muric as Burnley narrowed the gap on second-placed Norwich City to three points.

Kal Naismith (Bristol City) wins a free kick in the defensive half.

Jack Cork (Burnley) is shown the yellow card for a bad foul.

Nahki Wells (Bristol City) wins a free kick in the defensive half.

Attempt saved. Anass Zaroury (Burnley) left footed shot from the left side of the box is saved in the bottom left corner. Assisted by Jack Cork.

Attempt missed. Jay Rodríguez (Burnley) right footed shot from the right side of the box is close, but misses to the left. Assisted by Josh Brownhill.

Attempt saved. Josh Brownhill (Burnley) left footed shot from outside the box is saved in the top centre of the goal. Assisted by Connor Roberts.