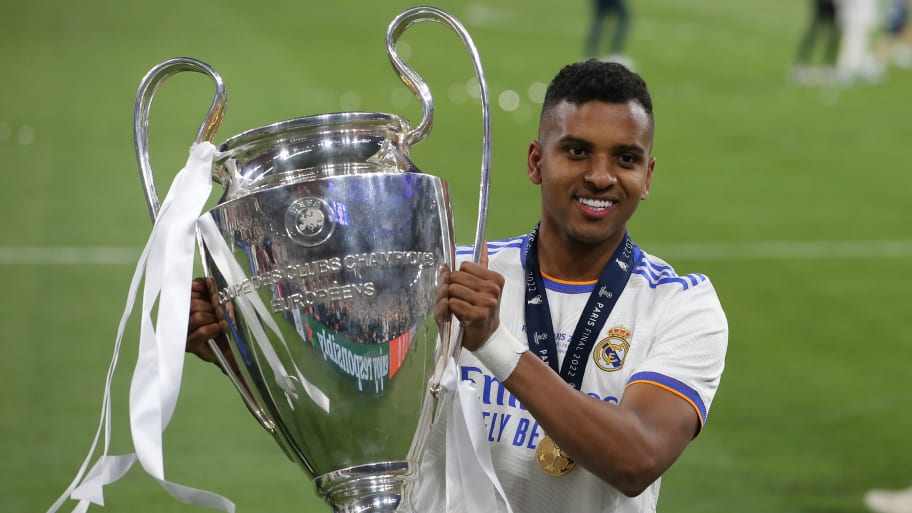 Real Madrid forward Rodrygo believes he can become the 'best in the world' over the coming years.

After initially struggling to shine at the Santiago Bernabeu following a €45m move from Santos, the 21-year-old enjoyed a more prominent role last season, making 49 appearances in all competitions and scoring nine goals.

This included a game-winning brace off the bench in Real's Champions League semi-final comeback victory against Manchester City.

Although he has a long way to go to replicate the numbers of the elite group of forwards in world football, Rodrygo revealed to ESPN that he is confident of bridging the gap.

"[Zinedine] Zidane said that one day I would be the best in the world. Ancelotti also spoke. I try to train and evolve every day to get there," he said.

"I was very happy. I have this dream and I know that if I dedicate myself each day I can get there."

Rodrygo has already earned five caps for Brazil, and he went on to explain that national icon Neymar - who also came through the ranks at Santos - has promised to give him the famous number ten shirt at international level when he retires.


This article was originally published on 90min as Rodrygo backs himself to become 'best in the world' .