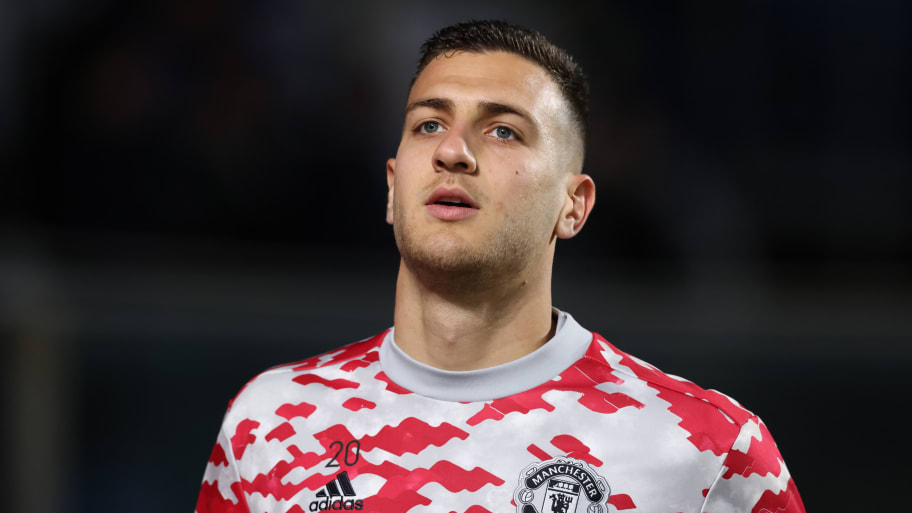 Roma are prepared to 'accelerate' their bid to sign Man Utd full back Diogo Dalot in the January transfer window.

The 22-year-old has featured just three times in the Premier League so far this season after a summer move to Borussia Dortmund fell through.

Dalot had spent the 2020/21 campaign on loan with Milan, impressing in his year in Italy, and he could be set to return to Serie A.

Sport Witness carry a report straight from Saturday's physical edition of Corriere dello Sport that Roma are keen on bringing Dalot to the Stadio Olimpico this winter.

Giallorossi boss Jose Mourinho was the man who brought Dalot to Old Trafford as a teenager. Both Mourinho and Roma sporting director Tiago Pinto are determined to sign the Portugal international in the January window.

Roma assume that Dalot will be desperate for more first team opportunities ahead of next year's World Cup. The defender has been capped four times by his country and was part of their Euro 2020 squad this summer, and despite his lack of game time at Man Utd, continues to be picked by Selecao boss Fernando Santos.

Nevertheless, Roma are preparing a €1.5m offer to take Dalot on loan for the rest of the season, with a €15m purchase clause that would automatically be triggered if he makes a minimum number of appearances.

Despite Roma's strong interest, the report sheds no light on United's stance over a deal.

Dalot remains firmly behind Aaron Wan-Bissaka in the right back pecking order at Old Trafford, and despite his ability to play on the opposite side, the poor performances of Luke Shaw and injury concerns of Alex Telles, has failed to break into the starting XI at left back too.