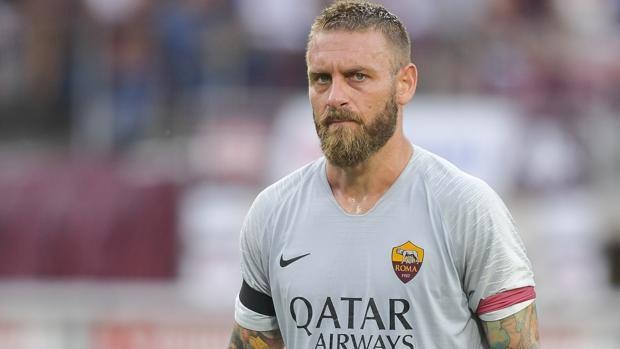 Following the announcement that Daniele De Rossi is to leave Roma after 18 years, the Giallrossi fans have hit out at the decision leaving a clear message outside the club’s headquarters in the city.

De Rossi admitted in his press conference on Tuesday, that he would have liked to stay at the Stadio Olimpico, but the club had decided otherwise which has angered a section of the support, just two years after Francesco Totti retired from playing. Banners against president James Pallotta were place outside Roma’s offices in the EUR district during the night, in addition to a cross and upside down USA flag.

“Children of Rome, captains, symbols. Here is the respect and love that this society can never have,” the banner read. Meanwhile written in the Testaccio district was a message: “A pig president and an incompetent club. DDR, forever in people’s hearts.”