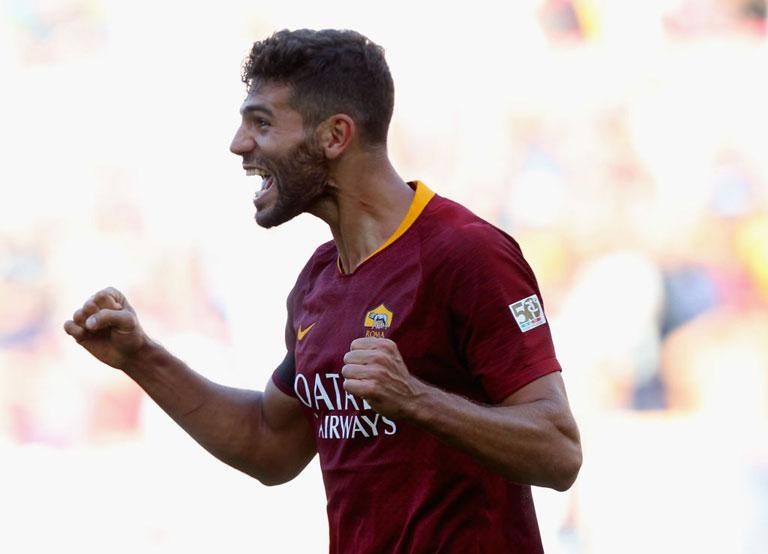 The Argentine defender - now entering his fourth season with the Giallorossi - sat down to discuss his feelings ahead of the latest season, and what he is expecting as he begins work under coach Paulo Fonseca.

This is your fourth pre-season with Roma – are you starting to feel a bit Roman now?

“I was Roman as soon as I arrived – I felt comfortable here immediately. My family did too – from the start we’ve all felt really settled here in Rome.”

Are you curious about the new season? You have a new coach, there’s a new sporting director, and new teammates are coming in…

“Yes, it’s an intriguing season ahead for us players too. This sort of thing happens in football, coaches change often and you have to get to know someone new. We’re looking forward to training hard during this period.”

What do you remember about Paulo Fonseca’s Shakhtar Donetsk side?

“I remember they were a side that played nice football, from front to back, and created a lot of chances. It was good that we won, but it was a tough tie. Especially over there, it was freezing and they played very well. But we matched them.”

Does a coach that asks his side to be ‘courageous’ worry you a bit, as a defender?

“It worries the goalkeepers more! (laughs) We are used to it: I like to play with the ball at my feet, so we are excited to see exactly what the coach has in mind.”

He said the other day that ‘if we have the ball, that is the best form of defence’. Does this mean a high line and a lot of running for you?

What sort of season do you think it will be? There has been a lot of change, along with the return of coaches like Antonio Conte and Maurizio Sarri.

“There have been a lot of changes; all the teams that are battling for the Champions League places or the title have changed a lot in terms of players and coaches. It’ll be different for the league and the same goes for us: we need to adjust, getting to know the coaches and players. It’ll be a great challenge, not just for us, but for every side that has changed things.”

Does that mean we are starting again to an extent?

“Yes, and I think the start to the season will be hugely important. We will need to have a good season and stay up near the top. How we start will give us confidence for the rest of the campaign.”

Is it true that the players prefer to start pre-season at Trigoria rather than in the mountains? The training complex is very well-fitted now.

“Since I’ve been here Trigoria has changed a lot, every year they do more work on it. They are always great improvements. For me it is all the same, whether we are in the mountains, in America or here it’s the same for me. Every spot has its advantages and disadvantages. We feel good at Trigoria though and I like it.”

The coach has said he will be very demanding of his players. How are you expecting the first few pre-season games to go under Paulo Fonseca?

“I always think it’s good to have a demanding coach; competition makes a team great, you need to battle and you need to train as best you can. We have seven weeks ahead of us and we have time to put the work in, to get to know the coach, to prepare as best we can. We need to really put in the work during this period.”

Could the fact Fonseca is a former defender himself help you?

“Of course, from my experience it always helps a little bit with the defensive phase if the coach was a defender himself.”