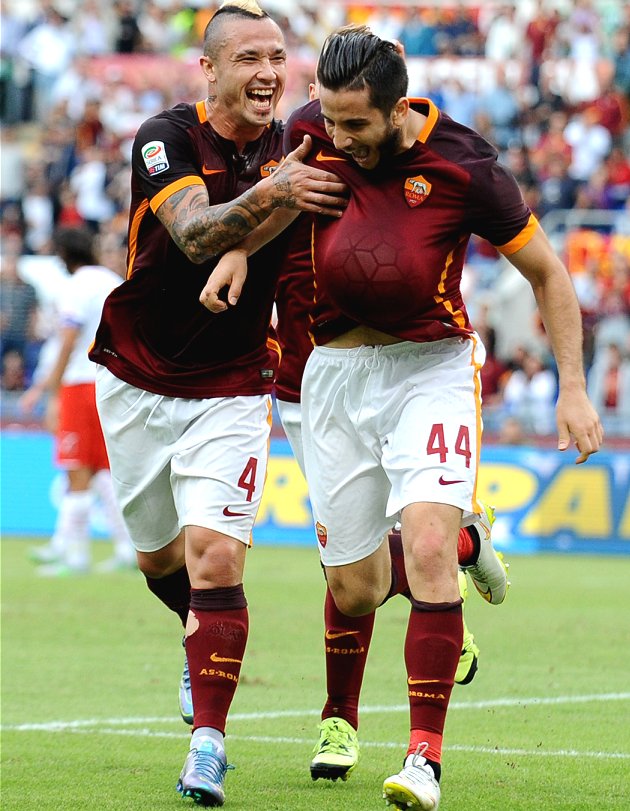 Nainggolan was booked late on and was told off by teammate Manolas, a debate that continued even after the game had ended.

“Unfortunately in a team these little things happen sometimes. I got a stupid yellow card, but I didn't do anything and I thought it was an over the top decision.

“He told me I was stupid, but I knew that already. We cleared the air, everything's fine.

“I was hoping Totti would score from that free kick and he nearly did. Francesco remains a great player and his feet still sing."