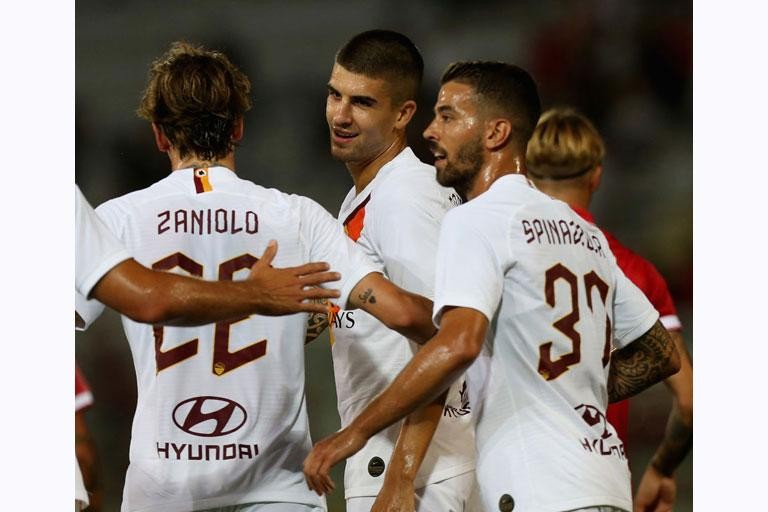 Roma will face Arezzo in their latest match of pre-season this Saturday.

The Giallorossi will travel to the Stadio Citta di Arezzo for the match against the Serie C side, with kick-off scheduled for 19:30 local time.

Ticket information for the game will be released in due course.

The game will be Roma’s fifth official encounter of pre-season, after wins against Perugia and Lille and draws with Athletic Club and Real Madrid.

Arezzo finished fourth in Group A of Serie C last season, eventually losing out in the promotion play-off semi-finals.

The side, coached by Daniele Di Donato, begin their 2019-20 campaign on August 25 against Lecco.

Roma also get their season underway that day – hosting Genoa at the Stadio Olimpico.