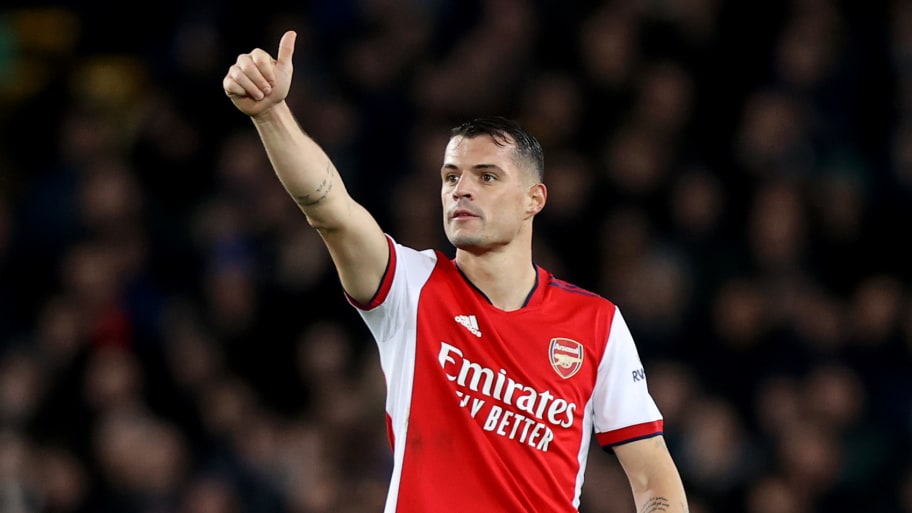 Xhaka was expected to head to Rome in the summer to become Mourinho's first signing, but talks eventually broke down and the Swiss international ended up signing a new contract, committing to the club until 2024.

Nevertheless, La Gazzetta dello Sport state that Mourinho remains determined to bring Xhaka to the Stadio Olimpico as he strives to build his dream squad.

Mourinho complained about the 'weak' mentality of his team in the aftermath of the 4-3 defeat to Juventus and he is expected to try and make significant changes in the coming weeks.

Porto midfielder Sergio Oliveira is close to joining the Giallorossi this month, but Mourinho still wants more reinforcements and he believes that Xhaka has the perfect qualities for his squad.

A January move is thought to be ruled out, with Arsenal unlikely to let Xhaka go while they are still in the hunt for a spot in the top four, but Mourinho is determined to make a move in the summer - as long as he is still in charge.

Roma's run of nine defeats in the first 21 games is the worst record in over 40 years, and although Mourinho is not thought to be under immediate pressure, he will be expected to improve things fairly soon.

Whether Arsenal will be as willing to offload Xhaka this time around is up for debate. He remains under contract until 2024, so the Gunners will be in no rush to sell him.

After returning from his knee injury, Xhaka has been a core part of the squad this season, playing a major role in his team's recent resurgence.