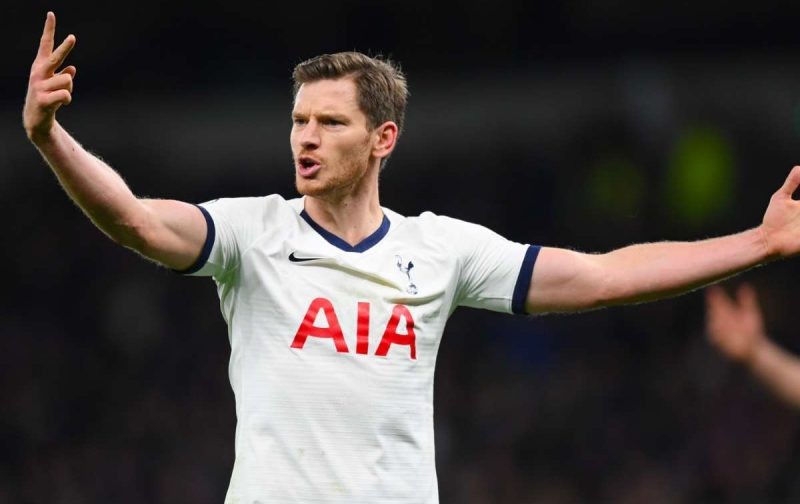 Jan Vertonghen has become Roma’s top target to replace Chris Smalling, with the latter expected to return to Manchester United at the end of the season.

The English defender has enjoyed a fine season on loan at the Lupi, becoming a key figure at the back for coach Paulo Fonseca.

While Smalling has made it clear he would be happy to remain in the capital, one stumbling block is Manchester United’s valuation of the defender which stands at just over €20 million.

As a result Roma have started looking at alternatives, with Sport Mediaset reporting Tottenham defender Jan Vertonghen is the top candidate.

The Belgian is out of contract at the end of the season and looks set to move on from Spurs, with Roma hoping to land him on a three-year contract worth €3m a season plus bonuses.

So far this season Vertonghen has featured in 26 games for Spurs, while Smalling has played in 28 matches for Roma.