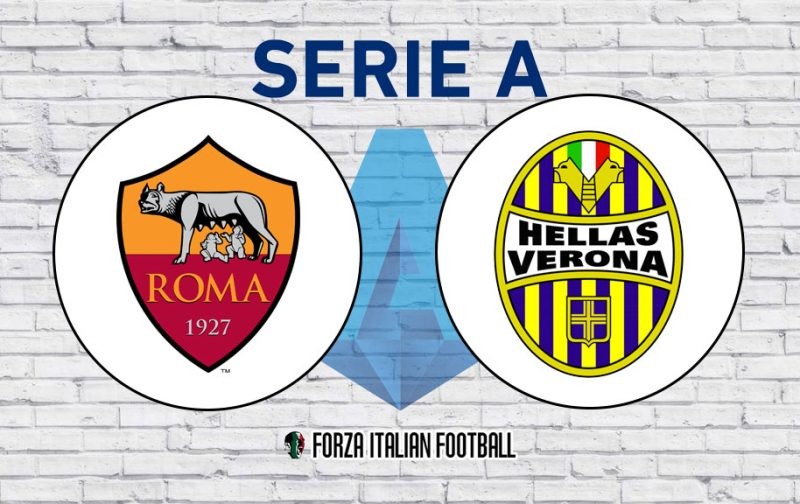 Hellas Verona chase a first Serie A win against Roma in 24 years when they travel to the Stadio Olimpico on Wednesday night (kick-off 21:45).

– Hellas Verona have won only nine of their 57 Serie A games against Roma, with 29 wins for the Giallorossi and 19 draws.

– Roma are unbeaten against Verona in the league since 1996 (W11, D5), with Carlos Bianchi as coach.

– In the three-point era, Roma are unbeaten at home against Verona, with seven wins (six of which with at least three goals scored) and a draw.

– Roma are one of two sides that have won all of their top flight matches against newly promoted teams this season (at level with Atalanta, 4/4): five out of five. The Giallorossi could record a 100% win ratio for the third season in a row.

– Roma have conceded 22 goals in the second half of this season, already one more than they had in the whole first half of the campaign (21).

– Verona are without a victory in their last three games (D2, L1), they last went four successive league games without a win in September 2019.

– Verona have conceded 10 of their last 11 league goals in the second half, four of them from 90th minute onwards.

– Roma striker Edin Dzeko made his Serie A debut in August 2015 against Verona – he has scored two goals and provided one assist in five games with the Gialloblu.

– Verona striker Fabio Borini played his first 24 Serie A games with Roma, scoring nine goals – he has never scored against his former team (two previous matches, both with Milan).