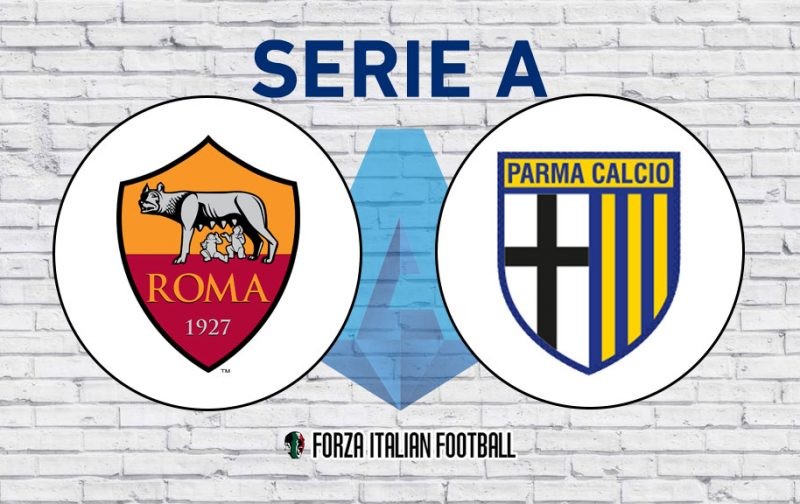 Parma travel to one of their worst hunting grounds in Serie A on Sunday afternoon when they make the trip to the Stadio Olimpico to take on Roma (kick-of 15:00).

– Roma have picked up the most points since last October in Serie A: 13 of the 15 available.

– Parma have drawn each of their last three league games: the last time they recorded a longer streak in Serie A was in May 2019 (five).

– Parma have scored in 13 away league matches in a row (already a record in Serie A for them), however, in each of the last 10 they have also conceded goals; since July 2020 the Gialloblu have lost five league games on the road (W2 D1), fewer only than Bologna (six).

– Six of Roma’s 16 goals in Serie A this season have been scored from set-piece situations, a joint-record alongside Sassuolo: three from corners and three from penalties for the Giallorossi.

– Parma have conceded four headed goals in Serie A this season, a joint-league-low both in basic numbers (alongside Bologna and Atalanta) and in percentage terms (31%, level with Bologna).

– Under Paulo Fonseca, Roma have scored 117 goals in 59 matches in all competitions, only with Herbert Burgess (142 goals between 1929 and 1931) Roma netted more goals under a single coach in his first 60 games.

– Roma’s Henrikh Mkhitaryan has been involved in seven goals in Serie A this season (three goals, four assists): a record for him in terms of goal involvement in his first seven games of a campaign in the top five European leagues.

– Roma are Juraj Kucka’s favourite opponent in Serie A (four goals); however, Parma’s Slovakian midfielder has only won one of the four games where he has netted against the Giallorossi (D1 L2), in October 2011 with Genoa.