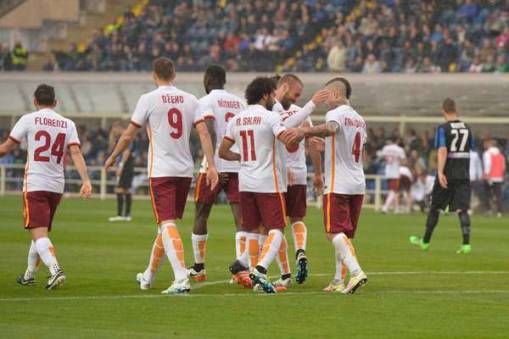 Roma will look to ease the pressure on their highly saught after third place position in Serie A when the entertain the in-form Torino on Wednesday evening at the Stadio Olimpico.

After suffering a disappointing 3-3 draw with Atalanta, the Giallorossi not only missed an opportunity to move within three points of Napoli but also saw their stranglehold on the Champions League playoff position loosened as both Inter and Fiorentina recorded wins.

While the task might look a simple one on first glance, the Granata’s resurgence in recent weeks could well provide for a complicated fixture.

A 1-0 win over Bologna was the Toro’s third consecutive victory, spelling the end of a substandard run of form for 2016 where they had only registered two wins in fourteen Serie A matches.

With two of their latest wins coming away from the Turin’s Stadio Olimpico, including victory over the Nerazzurri in Milan, Torino will boast confidence in their ability to produce another shock result.

Such a task would require the Granata to overcome a near ten-year hoodoo against the hosts, having not beaten the Lupi in Serie A since 2006 when a Roberto Muzzi goal secured a 1-0 victory.

While Roma have won three of their last six match-ups, Torino have managed to push them during their two most recent fixtures, securing 1-1 draws in both instances, including this season’s reverse fixture.

Luciano Spalletti’s only injury concern is Lucas Digne, who remains in doubt for the midweek clash and will be given up until kick-off to prove his fitness.

Meanwhile, the Giallorossi look likely to welcome back Miralem Pjanic following a brief stint on the sidelines, with the out-of-form Edin Dzeko to possibly make way from the starting line-up.

However Giampiero Ventura will remain without the services of Ciro Immobile, Afriyie Acquah and Marco Benassi, while Maxi Lopez looks likely to also miss the trip due to a bout of tonsillitis.

A fourth consecutive win for the visitors would help cement their position in the top half of the league with the potential to overtake Chievo into ninth.

The Romans will remain third in Serie A irrespective of the result, however could fall to within one or two points striking distance from the chasing Nerazzurri if they are unable to return to winning ways.