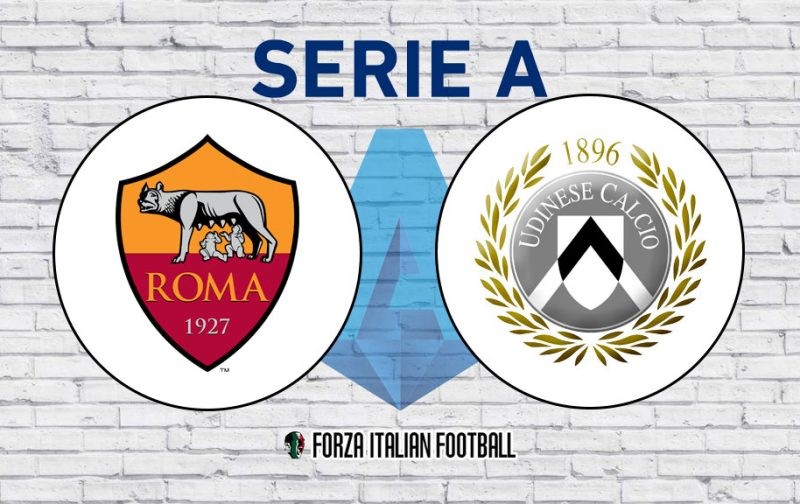 Round 29 of Serie A action concludes on Thursday night with Roma welcome Udinese to the Stadio Olimpico at 21:45.

– Roma have won 12 of their last 13 Serie A games against Udinese (L1) – the Giallorossi’s best league record against an opponent over the past seven seasons.

– Roma have a 100% record in their last six home games against Udinese in the league.

– Roma have scored in each of their last 13 home games against Udinese (33 goals in total).

– Udinese are winless in their last five away games against opponents starting the day in the top five of the table (D1 L4).

– Each of Roma’s last 18 home Serie A goals have been scored from inside the box (including three penalties) – the last home goal scored from outside the box was back in October – Nicolò Zaniolo, against AC Milan.

– No side has won fewer away matches than Udinese in Serie A this season (two), with their last such victory coming against Lecce in January.

– Roma midfielder Diego Perotti has scored four goals in eight games against Udinese – more than against any other opponent in Serie A.

– Stefano Okaka scored only two goals in 34 league appearances for Roma in several spells with the club between 2004 and 2011.

– Udinese midfielder Rodrigo de Paul made his Serie A debut in August 2016 against Roma – he has managed to score only one goal in seven league games against the Giallorossi.