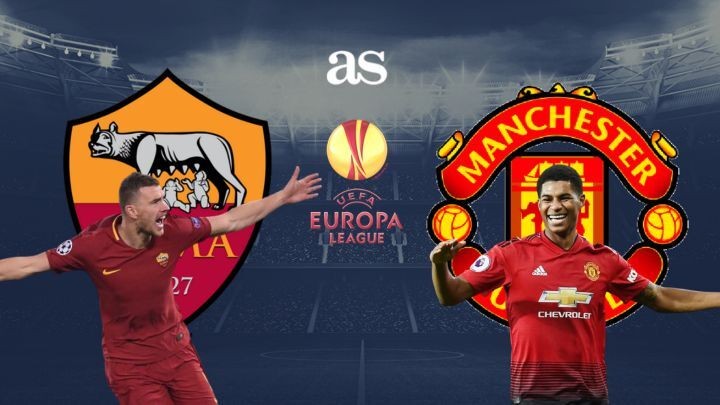 All the information you need to know on how and where to watch Roma host Manchester United at the Stadio Olimpico (Rome) on 6 May at 3pm EDT / 9pm CEST.

Manchester United will try to confirm their presence in the Europa League final when they take on AS Roma on Thursday at the Stadio Olimpico after a brilliant second half in the first leg that saw Ole Gunnar Solksjaer’s men score five goals for a 6-2 final score.

The Italian side went into half-time leading 1-2, but the hosts reacted quickly in the second half and their offensive arsenal made the difference.

History is on United's side

It was a hammering that probably took Solksjaer back in time, as United thrashed Roma 7-1 in the Champions League in 2007, a game that the current boss experienced as a substitute.

The latest match will take place as a chaotic situation for United unfolds - they saw their weekend game against Liverpool called off for fan protests - while I Giallorossi slumped to a third consecutive defeat in the Italian championship, which led to the announced signing of José Mourinho.

Roma dream about another miracle... now in the Europa League

Roma will need something close to a miracle if they want to be in the final. Although football fans may remember the amazing comeback against Barcelona some years ago (4-1, 3-0) in the Champions League, the chances for the Italian ‘tiffosi’ to see something similar are small, especially taking into account the United squad’s performances lately.

Moreover, the hosts are having a poor season in the domestic competition, as they are sitting seventh in the Serie A standings, with 55 points, 14 behind AC Milan, in fourth position. Things are different for United, as they are second in the Premier League table, although neighbors Manchester City, with a 13-point advantage with four games remaining, will lift the trophy soon.

Rashford, Fernandes, Pogba, and Greenwood are expected to play in attack for United, while Roma will likely call upon the services of the Pellegrini-Mkhitaryan-Dzeko trio up front to surprise the favorites.

What time does the Roma vs Manchester United match start?

The 2020/2021 Europa League semi-finals second leg between Roma and Manchester United will be played at Stadio Olimpico (Rome) and will kick off at 3pm EDT on Thursday 6 May 2021.

Find out what time Roma vs Manchester United gets underway where you are in the world.

Where can I watch Roma vs Manchester United?

No matter where you are on the planet, you can see what channel the Roma vs Manchester United match is available on here.

Is the Manchester United vs Roma game online?

Manchester United-Roma is available in most nations through the rights holders’ online platform, if they have one. The best option is to check who is showing the game in your country and if they have an online service or iOS/Android app to watch it on.

For example, CBS Sports Network has the rights of the Europa League for the US and you can watch the games on CBS All Access.